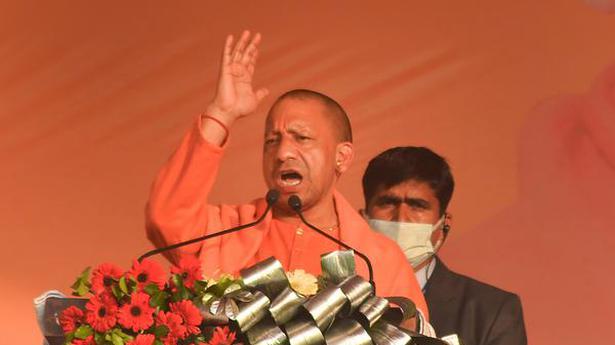 Uttar Pradesh Chief Minister Yogi Adityanath has said that he is ready to contest as an MLA candidate in the upcoming Assembly election in the State on whichever seat is deemed suitable by the BJP.

He said this during an interaction with reporters in Lucknow on January 1 evening. “I am ready to fight Assembly poll, from Gorakhpur, Ayodhya, whichever seat the party thinks is suitable,” he is reported to have said. Currently, Mr. Adityanath is a member of the Uttar Pradesh legislative Assembly, which he had assumed after being made Chief Minister and after resigning his Lok Sabha seat of Gorakhpur in 2017.

Sources close to Mr. Adityanath said that the statement was in a manner of throwing down the gauntlet to Samajwadi Party chief Akhilesh Yadav who had announced in November that he would not be contesting Assembly seats while helming his party’s poll campaign. Mr. Yadav is the Lok Sabha member from Azamgarh in Uttar Pradesh.