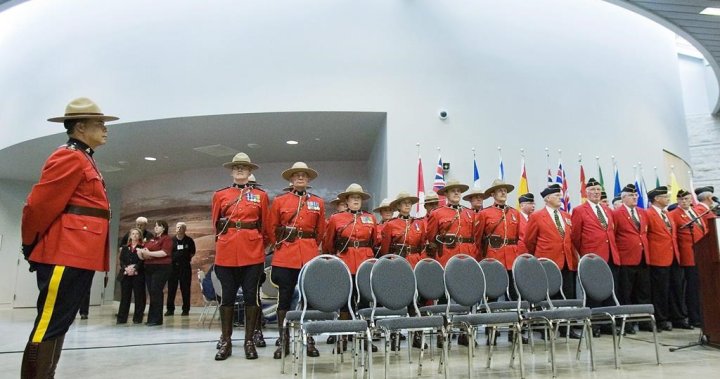 Located on the grounds of the RCMP Academy's Depot Division in Regina, the centre serves as a museum on the history of the national police force.

The head of the RCMP Heritage Centre in Saskatchewan says that after it completed a round of consultations on how it can transform into a national museum, the ball is now in Ottawa’s court.

“We really needed to hear from Canadians,” said Tara Robinson, the CEO of the Regina-based museum focused on the history of the Mounties.

“There’s never been a more complex time for policing in our country,” she said Friday.

Prime Minister Justin Trudeau promised during the 2019 election campaign that the Liberals would expand the RCMP Heritage Centre, which is currently operated by a charitable organization, into a national institution.

Involving a wide swath of Canadians, including from LGBTQ and Indigenous communities, in discussions about those efforts to grow was a key condition set by the federal Heritage Department, which oversees national museums such as the National Gallery of Canada.

Documents The Canadian Press obtained through access-to-information legislation suggest there was some initial resistance to the scope of those consultations, although Robinson stressed that came “really early on in the process.”

The back-and-forth about what it would take to create a national RCMP museum is contained in roughly 600 pages of emails and other documents from 2020 and 2021.

Located on the grounds of the RCMP Academy’s Depot Division in Regina, where Mounties receive their training, the centre serves as a museum on the history of the national police force, which began as the North-West Mounted Police in 1873.

A Crown lawyer grilled William Sandeson during cross-examination about what she called his 'two very different sides' during his first-degree murder trial Tuesday.

The Financial Accountability Office of Ontario says the province's economic growth is expected to slow sharply this year with a modest recovery beginning next year.

Heather House is concerned that the potential extraction of lithium and other critical minerals will exacerbate food insecurity in northern Quebec.

China claims it was a civilian balloon used for meteorological research but has refused to say to which government department or company it belongs.

As premiers gather for a health summit with the PM, a majority of Canadians say they want more funding for health care - but many also want plans attached to increased spending.

An annual survey on how trusting Canadians are suggests their faith in governments is rebounding as the COVID-19 pandemic begins to fade.

Toronto-based Indigo said in a release Wednesday that it hopes to have its systems back online as soon as possible following the incident, which the company did not elaborate on.

The Burnaby Urban Search and Rescue team is off to Turkey to help relief efforts after Monday's deadly earthquakes devastated the region.

Based out of The Hague, the organization works in different countries to help identify the remains of those who have disappeared or been killed in conflicts and disasters.

Last off-season, the Elks signed Lawler to a one-year contract worth a reported $300,000, making him the highest paid player in the CFL who was not a quarterback.

Bradford Mistakenchief's mother was diagnosed with terminal liver cancer and was only given 18 months to live.

B.C.'s Transportation Minister is expecting the total price tag for flooding repairs to B.C. highways to balloon to close to one billion dollars.

Following a fatal incident on the weekend, Ontario Provincial Police and seasoned snowmobilers are warning people to be safe out on the trails.

Sheldon Wuttunee with SFNNRCE said the Export database, a database that holds information about Indigenous companies, has far reaching benefits.

Stellarton police said they were called by Nova Scotia Power at 8 a.m., after employees found a deceased man at the sub-station on North Foord Street.

Material found on devices of a California man charged with sexual misconduct led law enforcement to the home of an Alberta woman who was allegedly sexually exploitering her child.

The Progressive Contractors Association of Canada alleges the labour agreement is restrictive and decreases the number of eligible workers.

Nathan Phillips Square will host the Toronto Maple Leafs for an outdoor practice this weekend.