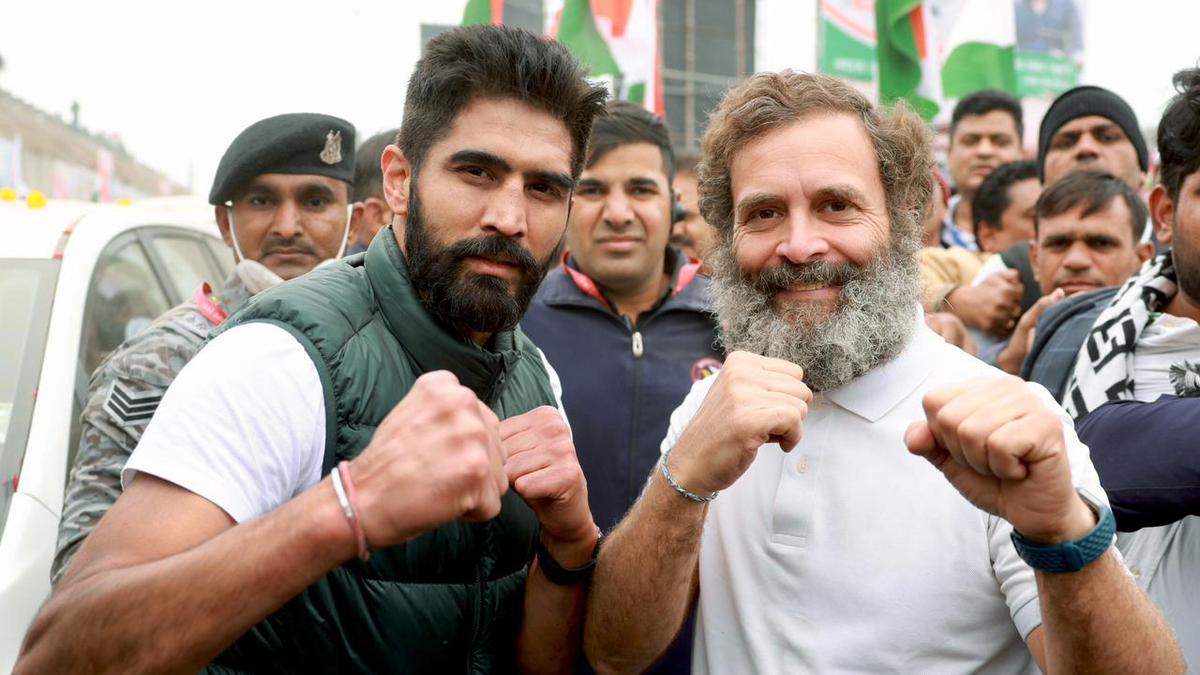 The foot march entered Karnal district from adjoining Panipat as Mr. Gandhi stopped at many places to meet the local people. During the march, in the Gharaunda constituency, Mr. Gandhi along with Lok Sabha MP Deepender Hooda met members of other backward classes and a delegation of nomadic and semi-nomadic tribes, who shared their problems and held an in-depth discussion surrounding their issues.

Bhupinder Singh Hooda said ever since the march has come to Haryana, tremendous support is being received from every section of the society. “Seeing the huge crowd gathered in Panipat yesterday, it can be said this yatra has turned into a mass movement. The one who won in Panipat has always gone to Delhi. Seeing the mass gathering in Panipat yesterday, it can be said that now Delhi is not far for the Congress,” he said.

Senior Congress leader Jairam Ramesh said BJP only knows politics of vengeance. “In the last 8 years, there has been maximum hatred, minimum governance. Panipat is known all over the world for its MSME sector, but due to the wrong policies of the BJP, today the entire sector is getting ruined,” he said. He added that the ongoing march was not an election march and neither an exercise to project Mr. Gandhi as a prime ministerial candidate for the 2024 parliamentary polls.