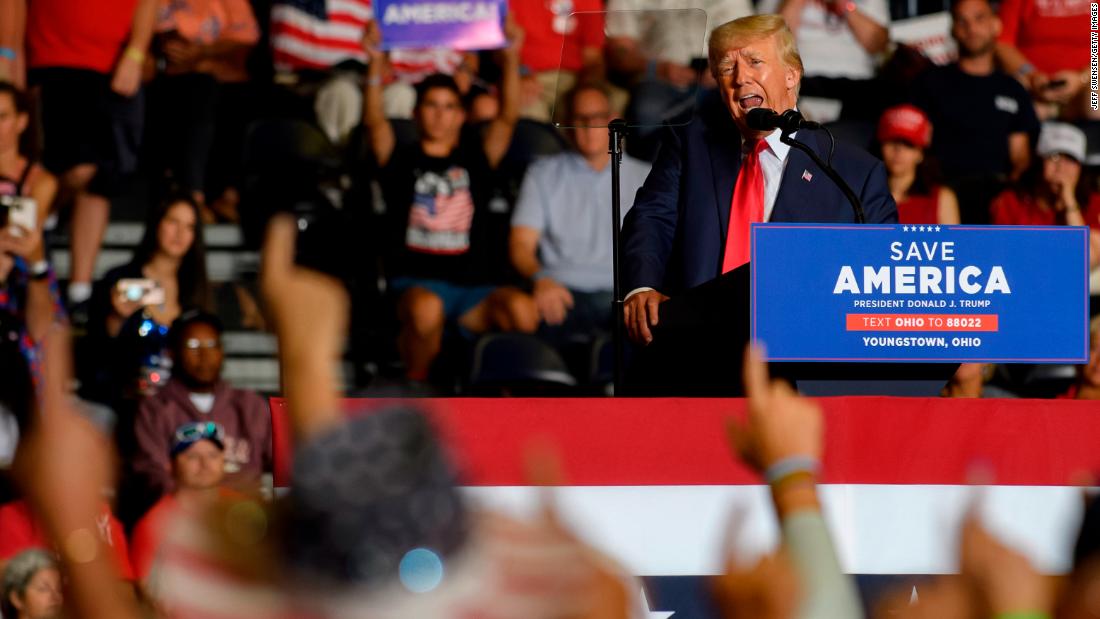 Supporters of QAnon on former President Donald Trump's social media platform have celebrated what they see as his renewed embrace of the conspiracy theory over the past week after he shared a meme that was viewed as one of his most brazen nods to QAnon yet.

The meme Trump shared on Truth Social included an illustration of him wearing a "Q" on his lapel and two QAnon slogans -- "The storm is coming" and "WWG1WGA" (Where we go one, we go all). A few days later, he held a rally in Youngstown, Ohio, where he delivered some of his speech to music that sounded almost exactly like a song associated with QAnon. As he did that, a group of his supporters in the crowd began pointing in unison toward the sky.

"Once we saw that, we realized we might have a problem," a Trump aide told CNN. The former President's team spent hours online after the rally trying to understand what the salute meant and where it might have come from, sources said.