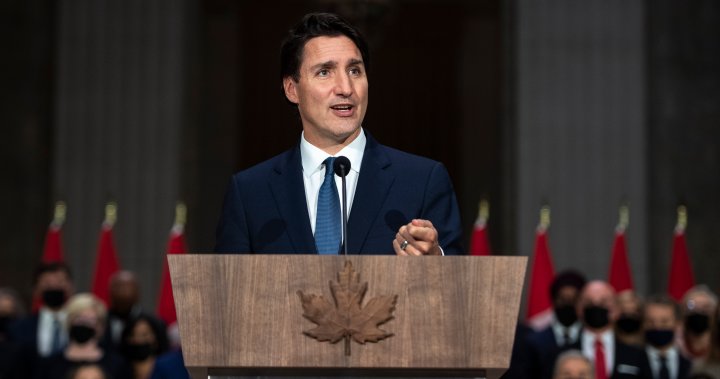 In the federal election campaign, the Liberals pitched a transfer specifically targeted at mental health care, starting with $4.5 million over five years.

Though provincial governments are clamouring for more funds to bolster their health systems in the wake of COVID-19, some are pushing back against a Liberal election promise to offer dedicated funding for mental health.

In the federal election campaign, the Liberals pitched a transfer specifically targeted at mental health care, starting with $4.5 million over five years.

The transfer would be hitched to national standards to ensure a certain level of accessible care across the country.

Two provinces on opposite ends of the political spectrum agree a dedicated transfer is the wrong approach.

“What they’re proposing is both inefficient and ? an undermining of the fundamentals while having a debate about, in some respects, credit. I don’t think that’s what we need,” said British Columbia Health Minister Adrian Dix in an interview with The Canadian Press.

B.C. currently funds its mental health services using the Canada Health Transfer, and Dix said the province will need to continue to do that even if a separate transfer is established.

That’s because it’s impossible to parse mental health funding from the rest of the health system, he says.

In a lawsuit filed in Ontario's Superior Court of Justice, several young Canadians argue that denying citizens under 18 the right to vote in federal elections is unconstitutional.

Laurentian University is refusing to provide documents for an audit into its finances, prompting Ontario's auditor general to go to court to request the information.

The New Brunswick government spoke on the new title claim filed by the Wolastoqey Nations of New Brunswick on Tuesday calling it unclear.

Pfizer Inc said on Wednesday it had started the real-time submission of its application seeking Health Canada's approval of its oral COVID-19 antiviral drug candidate.

In Part 2 of our series about homelessness in Halifax and N.S., people working within the shelter system say emergency shelters are a symptom of the housing crisis, not a solution.

The Calgary Stampeders' season ended sooner than planned but president/GM John Hufnagel is putting his down time to good use.

A new national survey indicates many Canadians don't want the NFL here at the CFL's expense but may also reinforce the biggest challenge facing the Canadian league.

CRTC said Tuesday that telecommunications service providers have begun to use a new technology to help Canadians screen spam calls.