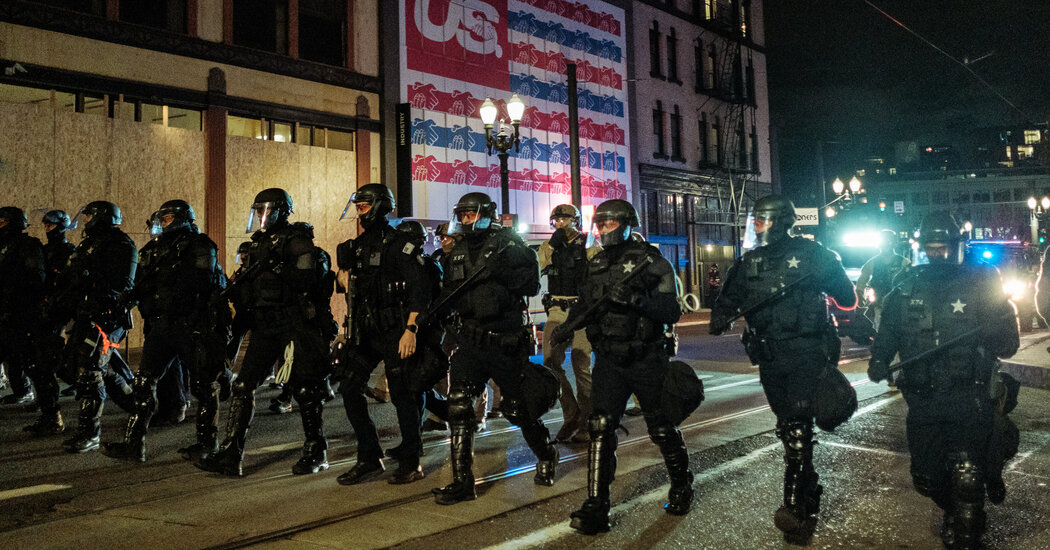 Training materials released by the Oregon city included a meme that mocked protesters as dirty hippies and suggested they would be left “stitched and bandaged.”

A slide show designed to train officers in Portland, Ore., on methods of policing protests concluded with a message that celebrated the use of violence against demonstrators, suggesting they would end up “stitched and bandaged,” according to records released by the city on Friday.

The image was included at the end of a 110-slide training session, apparently from 2018, that detailed the types of protests that officers might encounter, along with analyses of crowd behaviors and police tactics that could be used to maintain order. The concluding slide was of a meme that mocked protesters as dirty hippies, celebrating that officers could “christen your heads with hickory, and anoint your faces with pepper spray.”

It included an image of what appeared to be a police officer in riot gear hitting a protester.