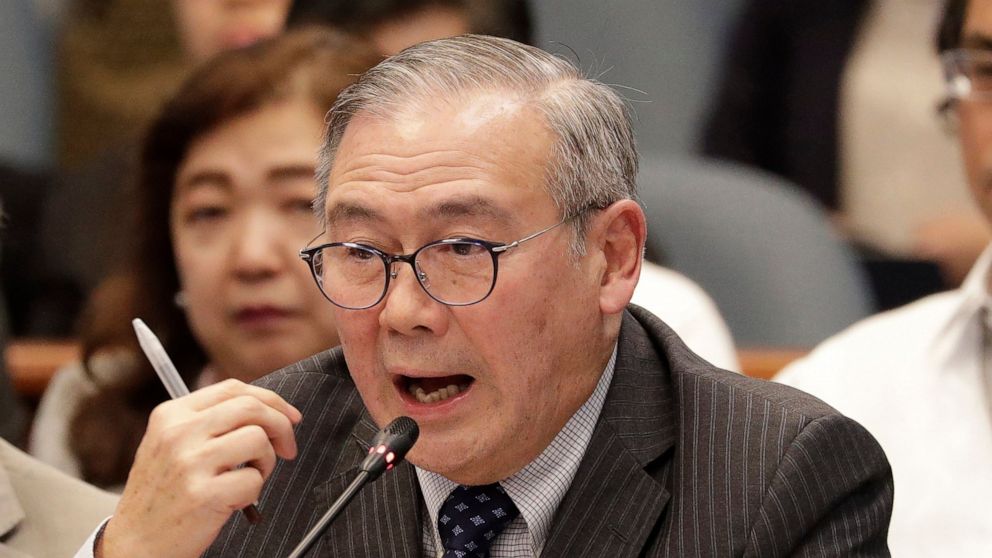 MANILA, Philippines -- The Philippines' foreign secretary apologized Tuesday after tweeting an obscene phrase demanding China get out of Philippine-claimed territory in the South China Sea in an outburst that annoyed the Philippine president. Foreign Secretary Teodoro Locsin Jr. blasted China with the profanity on Monday, when the Department of Foreign Affairs announced it had protested the Chinese coast guard’s “shadowing, blocking, dangerous maneuver and radio challenges” of Philippine coast guard ships patrolling and carrying out exercises from April 24 to 25 at disputed Scarborough Shoal. Locsin also compared China to “an ugly oaf” which was “forcing your attentions on a handsome guy who wants to be a friend.” Locsin said he was apologizing only to his Chinese counterpart, Wang Yi, to ensure their friendship would continue. “I won’t plead the last provocation as an excuse for losing it; but if Wang Yi is following Twitter, then I’m sorry for hurting his feelings, but his alone,” Locsin tweeted.

'I am a real contender,' says Syria presidential candidate

Darwin's Arch loses its top due to erosion in Galapagos