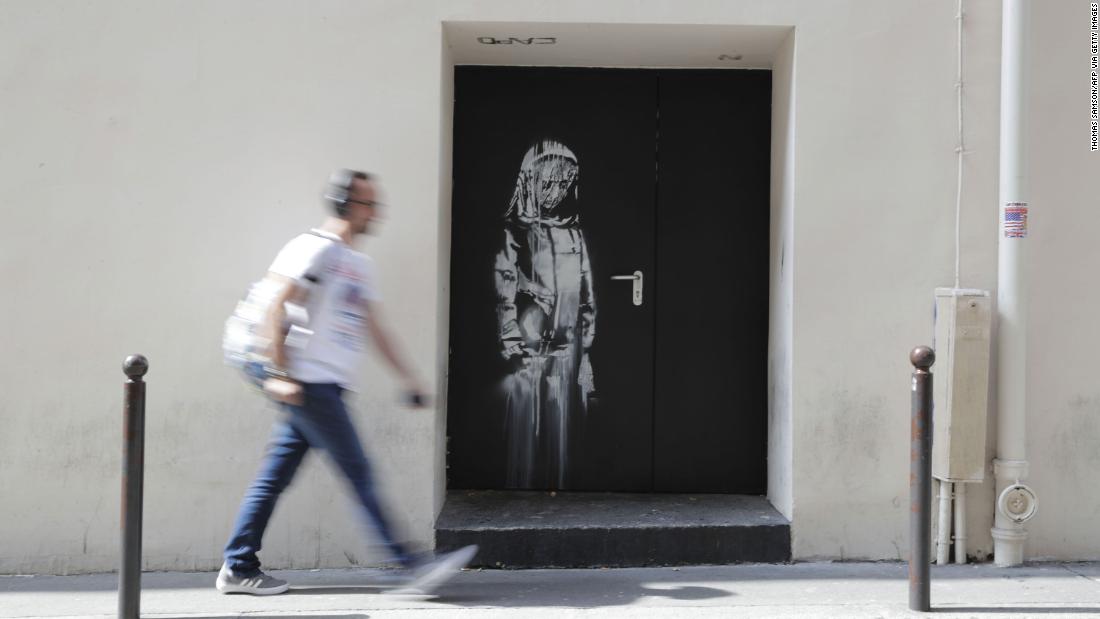 Eight men were convicted Thursday by the Paris Criminal Court for stealing Banksy artwork from the Bataclan concert hall, one of the sites of the November 2015 Paris attacks.

The artwork known as the "sad girl" was on the exit door of the Bataclan and painted in homage of those killed at the hall during the attacks for which the Islamic State claimed responsibility.

The painting showed a sad figure wearing a veil in black and white, her head slightly bowed as she gazed downward.