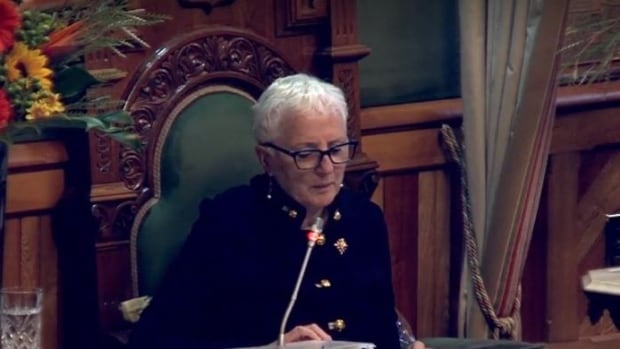 The federal government is appealing a court ruling that said New Brunswick's lieutenant-governor must be bilingual.

Ottawa filed the application to the New Brunswick Court of Appeal on Friday, asking the court to overrule an April decision by Court of Queen's Bench Chief Justice Tracey DeWare.

DeWare's decision said that New Brunswick's unique status as a bilingual province, and protections of that status in the Constitution, require that whoever holds the office must be bilingual.

While language provisions of the Charter of Rights and Freedoms and the law don't normally require individuals to be bilingual, DeWare said Brenda Murphy occupies a "peculiar and unique role."

"To simply argue that the requirements of bilingualism do not extend to a Lieutenant-Governor because she, as an individual, cannot be considered an 'institution' is a gross oversimplification of a complex question and fails to account for the unique character and constitutional quality of the role itself," she wrote.

But the federal filing says DeWare made several legal errors in her ruling:

There's no date yet for a hearing at the court of appeal.

DeWare's ruling did not overturn the 2019 appointment of Brenda Murphy because, the judge wrote, that would create legal chaos given all the laws and appointments Murphy has signed since then.

After the April ruling, Trudeau said that his government would "take a very, very careful look at this important judgment and make sure that we're aligning with it and moving forward in the right way."