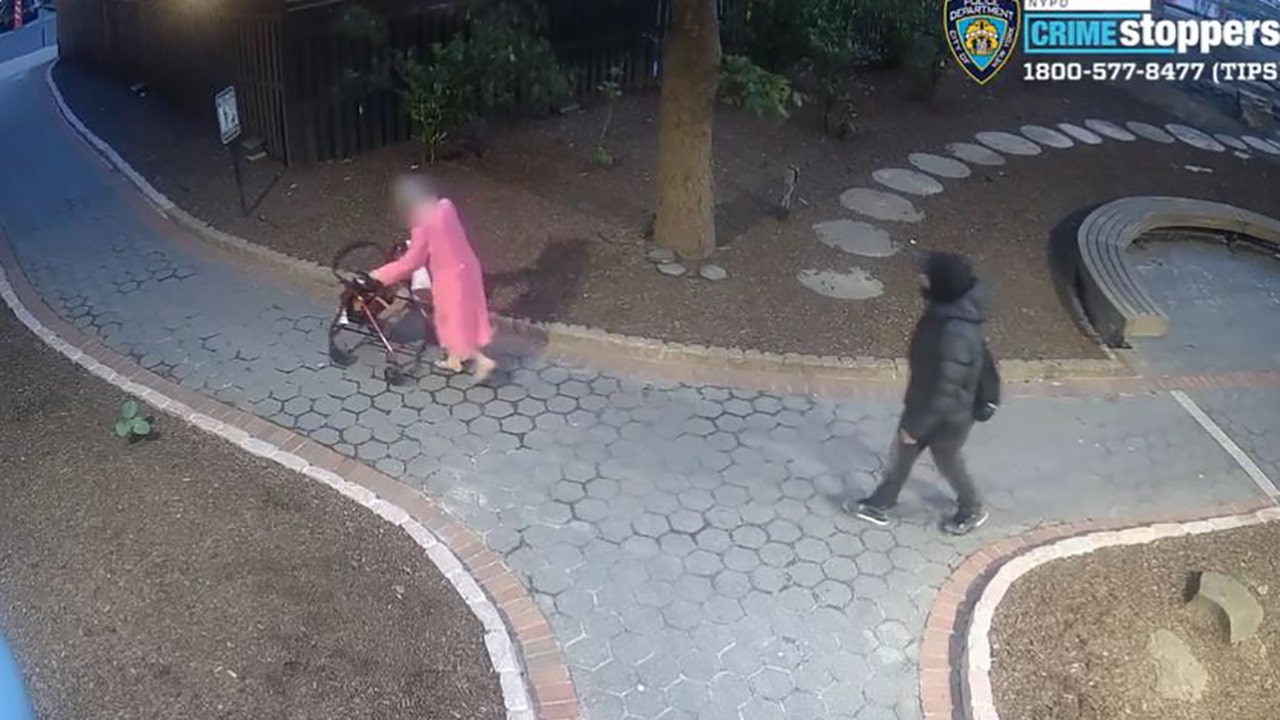 The incident comes as citywide grand larceny has spiked 51.8% so far this year, with 18,732 cases reported through May 22 compared to 12,344 during the same period last year, according to NYPD statistics.

The New York Police Department released video Monday showing an unknown male walk up behind the older woman as she wheeled her walker. The suspect reaches into the woman’s walker and grabs her purse before he jogs away, according to the video.