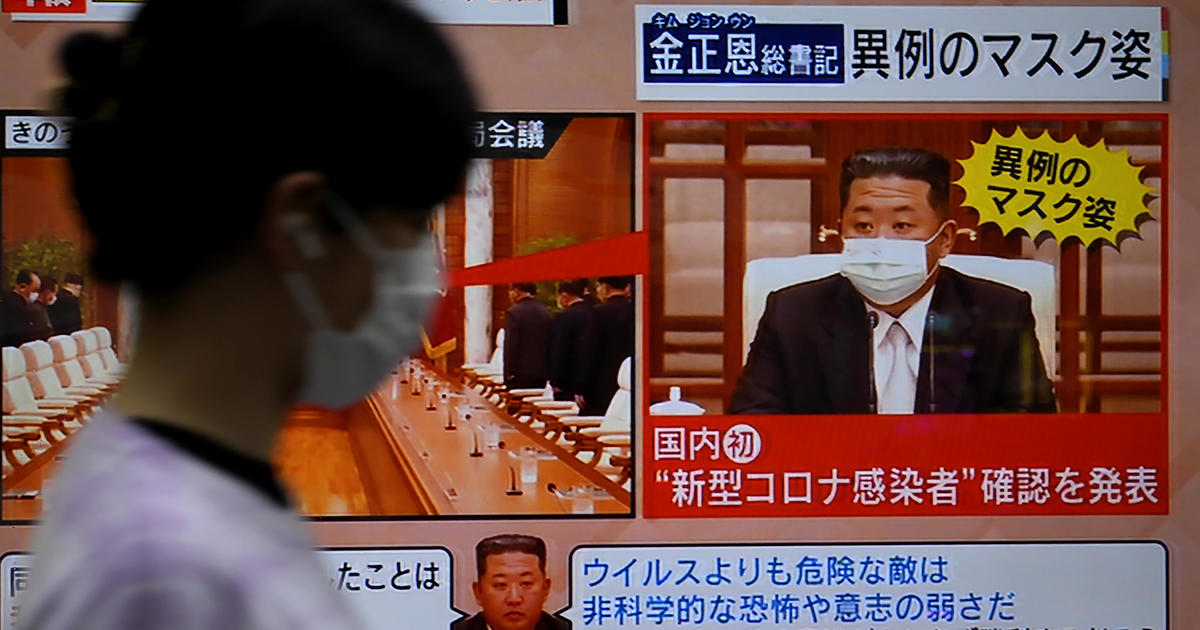 North Korea on Saturday reported 21 new deaths and 174,440 more people with fever symptoms as the country scrambles to slow the spread of COVID-19 across its unvaccinated population.

The new deaths and cases, which were from Friday, increased total numbers to 27 deaths and 524,440 illnesses amid a rapid spread of fever since late April. North Korea said 243,630 people had recovered and 280,810 remained in quarantine. State media didn't specify how many of the fever cases and deaths were confirmed as COVID-19 infections.

The country imposed nationwide lockdowns on Thursday after confirming its first COVID-19 cases since the start of the pandemic. It had previously held for more than two years to a widely doubted claim of a perfect record keeping out the virus that has spread to nearly every place in the world.

A study conducted by The Royal Veterinary College warns pugs face dire health risks, and concluded the dog breed can "no longer be considered as a typical dog from a health perspective."

Online gambler "very sorry" for squandering $358,000 worth of COVID relief he got thanks to a clerical error

Tokyo — A once-placid fishing town of 3,000 on the Sea of Japan is in turmoil — thrust into national headlines by a fiscal error of pandemic proportions. Abu, in Yamaguchi Prefecture, is suing one of its residents for allegedly squandering well over a quarter of a million dollars in COVID-19 pandemic relief funds that he never should have had.

Lausanne, Switzerland — Russian gymnast Ivan Kuliak has been given a one-year ban for displaying a symbol on his uniform supporting the invasion of Ukraine.

North Korea on Wednesday reported 232,880 new cases of fever and another six deaths as leader Kim Jong Un accused officials of "immaturity" and "slackness" in their early handling of the COVID-19 outbreak ravaging across the unvaccinated nation.

Code names, "the quickest" jet skis and a "straw man": Inside the FBI's seizure of a Russian superyacht

American officials had not yet been cleared to take the Russian-owned superyacht Amadea from Fiji when agents from the FBI, the U.S. Marshals Service and the Diplomatic Security Service boarded it earlier this month. Documents obtained by CBS News offer new details on the FBI's investigation into the yacht, as well as the moments after authorities boarded the Amadea.

Moscow — Russia has eased safety standards for cars produced on its territory, such as dropping the requirement for airbags, after Western sanctions over the war in Ukraine caused a shortage of electronic components and car parts. In a decree signed on May 12, the Russian government announced a list of reduced requirements to certify some types of new vehicles produced in the country.

One of the most poignant images from the war in Ukraine emerged in March, when Russian forces bombed a maternity hospital in Mariupol. As many fled the scene, the photo of one injured woman, wearing a polka-dotted sweatsuit, went viral, as she carried blankets and bags down debris-covered stairs with the walls falling apart around her.

The Biden administration is expanding flights to Cuba, expanding consular services there and relaunching family reunification programs, a bid to return U.S. engagement with the island nation closer to how it was during the Obama era.

President Biden has approved a request from the Pentagon to reestablish a persistent presence of U.S. troops in Somalia, reversing a decision made late in the Trump administration.

When Luis Sarmiento and his grandson went out early to buy bread one morning in March, they came across a shocking scene: A macabre message left by Ecuador's drug traffickers in the form of two headless bodies.

Gunmen killed at least 11 people in an attack on a hotel and two bars in the city of Celaya in central Mexico, security officials said Tuesday.

At least three Honduran migrants died and four were missing on Monday after a people-smuggling boat capsized in eastern Mexico, authorities said.

Tokyo — President Joe Biden told fellow Indo-Pacific leaders assembled for a four-country summit Tuesday that they were navigating "a dark hour in our shared history" due to Russia's brutal war on Ukraine and he urged the group to make greater efforts to stop Vladimir Putin's aggression.

Police deepfake video shows teen asking the public to help solve his 2003 murder: "Do you know more? Then speak"

Dutch police on Monday said they had received dozens of leads after using deepfake technology to bring to life a teenager to appeal for witnesses almost two decades after his murder.

A leading adviser to the World Health Organization described the unprecedented outbreak of the rare disease monkeypox in developed countries as "a random event" that might be explained by risky sexual behavior at two recent mass events in Europe.

Charities running migrant rescue ships in the Mediterranean faced a pre-trial hearing in Sicily Saturday over alleged collusion with human traffickers after a controversial probe that involved mass wiretapping.

At least 7 dead, 120 others rescued in Philippine ferry fire

A ferry carrying more than 130 people caught fire Monday while approaching a northeastern Philippine province, killing at least seven people while most passengers and crewmembers were rescued, the coast guard said.

Kutuzivka, Ukraine — We walked from the bright sunshine down a flight of stairs into a dark, gloomy basement. It was filled with beds, and whatever personal belongings the people who fled to the building could grab when Russia started hammering their village with artillery.

Tokyo — The glorious ancient monuments, Zen temples and soaring pagodas of Kyoto have made it a major tourist draw for decades. The Japanese city's population is only about 1.5 million, yet it boasts 17 individual UNESCO World Heritage Sites. But the bucolic scenery belies a painful reality: Japan's magnificent imperial capital city is running on empty.

If climate change is making heat waves 100 times more likely in India, this is who will suffer most

New Delhi — Shiv Shankar, 54, works all day on a construction site in the blistering New Delhi sun. He can't even think of taking a day off to avoid the deadly heat wave that has gripped India's capital and much of the country's north since late March. That would mean losing a day's wages, and his family of four simply can't afford it.

Vangelis, who composed Academy Award-winning score for "Chariots of Fire," dies at 79

Vangelis, the Greek electronic composer who wrote the unforgettable Academy Award-winning score for the film "Chariots of Fire" and music for dozens of other movies, documentaries and TV series, has died at 79.

Seoul, South Korea — North Korea on Thursday reported 262,270 more suspected COVID-19 cases as its pandemic caseload neared 2 million - a week after the country acknowledged the outbreak and scrambled to slow infections in its unvaccinated population.

The U.S. has gathered intelligence that shows some Russian officials have become concerned that Russian forces in the ravaged port city of Mariupol are carrying out grievous abuses, a U.S official familiar with the findings said Wednesday.