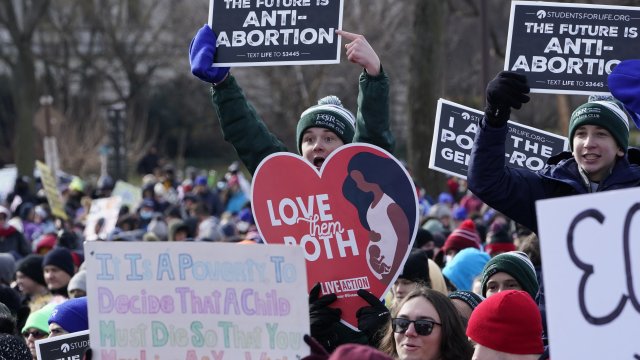 New research didn't bring an irrefutable answer to when the start of life is. Instead, the question got more complicated.

A key point in debates about abortion restrictions is this question over when, legally-speaking, life begins. Some anti-abortion activists may suggest that after this point, abortion should no longer be legal. Many prominent anti-abortion voices have asserted life begins at conception, and argued it's backed by the science.

But there isn’t that kind of consensus scientifically or theologically. Scientific advancement has only made the question way more complicated, and a number of experts in religious ethics have pointed out there's as much disagreement and change as ever, even within a single religion. Just ask Margaret Kamitsuka, who’s been researching and teaching religious studies and gender for over 20 years.

"So the question of when life begins has always meant different things in different cultures and times," Kamitsuka said. "So it begins when the fetus gets its soul — everyone agreed on that, but there was no agreement about the timing. And that's where the issue is."

The president is taking his message of shoring up workers' pensions to Cleveland, hoping to reinvigorate his standing with blue-collar workers.

Wisconsin Court To Rule On Immunity In Sex Trafficking Case

A sex trafficking victim says she shot her abuser after he tried to touch her. With his death she faces multiple charges and a life sentence.

After a mass shooting, many wonder how the family of a gunman didn't see the signs, but one expert says the shooter often keeps their plans secret.