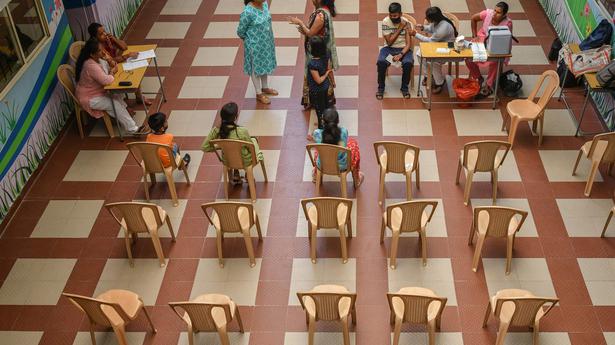 Former Australian test cricketer Andrew Symonds has died after a single-vehicle auto accident near Townsville in northeast Australia. He was 46. Cricket Australia reported Symonds' death on its website on Sunday, citing a police statement with details of the accident late Saturday night.

More than a year after the first Quad summit hosted by U.S. President Joseph Biden, Prime Minister Modi, and leaders of Japan launched an ambitious vaccine initiative to produce one billion doses of vaccines for distribution in the Indo-Pacific region, the project is floundering, as officials concede that it is unlikely to reach its target of end 2022, for a number of reasons.

In view of the recent spate of incidents surrounding the ‘Khalistan’ connection in Punjab, Haryana, and Himachal Pradesh, debate over the revival of the ‘Khalistan’ movement has gained momentum even as experts dismiss the movement’s revival at this point in the absence of ‘popular support’.

"Together, we can shape not only a new Middle East but a renewable Middle East," Israel President Isaac Herzog said in a special address at the World Economic Forum annual meeting.

City governor Ehsan Abbaspour said "37 people were rescued from the rubble and taken to city hospitals for treatment", with most of them now discharged.

“Ms. Truss will also address Bosnia’s multi-ethnic armed forces to urge support for Ukraine with a message that “Russia’s aggression cannot be appeased,” the U.K. Foreign Office said in a statement.

“Police said the CID recorded a nearly three-hour-long statement from the former Prime Minister last evening at his residence in Colombo,” a report said.

"My message for the imported government is to dissolve assemblies and announce elections, otherwise, I will come back again to Islamabad after six days,” he was quoted as saying by a Pakistani news channel.

Understanding the nature of U.S.-Taiwan relations

What is the controversy surrounding Biden’s recent statement on Taiwan? Is the U.S. shifting from strategic ambiguity to strategic clarity?

Misinformation and conspiracy theories about deadly school shooting in Uvalde, Texas, began to spread online only hours after the carnage

Andy Murray says Wimbledon ‘will never be an exhibition’

WHO: Nearly 200 cases of monkeypox in more than 20 countries

Monkeypox does not spread easily and typically requires skin-to-skin contact for transmission.

Ministers from the G-7 countries meeting in Berlin also announced a target to have a “highly decarbonised road sector by 2030,” meaning that zero-emission vehicles would dominate the sales by the end of the decade.

The meetings were held on the sidelines of UAE Climate Envoy and Minister of Industry and Advanced Technology Dr. Sultan Al Jaber's visit to New Delhi on May 26, UAE’s official news agency said.

Cabinet members do not have Constitutional immunity under Article 248, rules Pakistan’s Supreme Court

Chief Justice of Pakistan Bandial made these observations during the hearing of the 5-member Bench on a suo motu notice on the perceived apprehension of "persons in authority" undermining the criminal justice system.

U.S., Germany to boost cooperation on shift to clean energy

The deal will see U.S. and Germany work together to develop and deploy technologies that will speed up that clean energy transition, particularly in the area of offshore wind power, zero-emissions vehicles and hydrogen.

Ukraine's President Volodymyr Zelensky reiterated accusations that Moscow is carrying out a "genocide" in Donbas, saying its bombardment could leave the entire region "uninhabited".

Sri Lanka has been going through the worst economic crisis since its independence from Britain in 1945, triggering a political crisis as well

He has also been charged with causing a person to engage in penetrative sexual activity without consent.

India, Japan to work together to help Sri Lanka during crisis

Mr. Modi and Mr. Kishida met on May 24 on the sidelines of the Quad summit and held bilateral talks