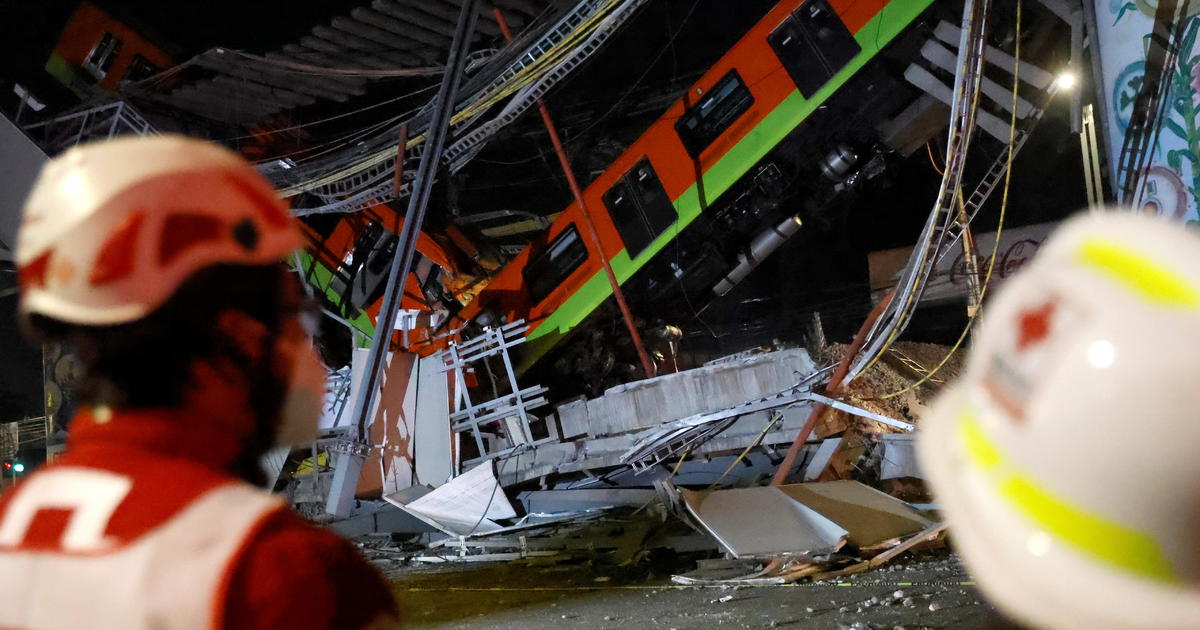 Mexico City — An elevated section of the Mexico City metro collapsed and sent a subway car plunging toward a busy boulevard late Monday, killing at least 23 people and injuring about 70, city officials said. Mayor Claudia Sheinbaum said 49 of the injured were hospitalized, and that seven were in serious condition and undergoing surgery.

A crane was working to hold up one subway car left dangling on the collapsed section so that emergency workers could enter to check the car to see if anyone was still trapped.  Sheinbaum said a motorist had been pulled alive from a car that was trapped on the roadway below. Dozens of rescuers continued searching through wreckage from the collapsed, preformed concrete structure.  "There are unfortunately children among the dead," Sheinbaum said, without specifying how many. The overpass was about 16 feet above the road in the southside borough of Tlahuac, but the train ran above a concrete median strip, which apparently lessened the casualties among motorists on the roadway below.