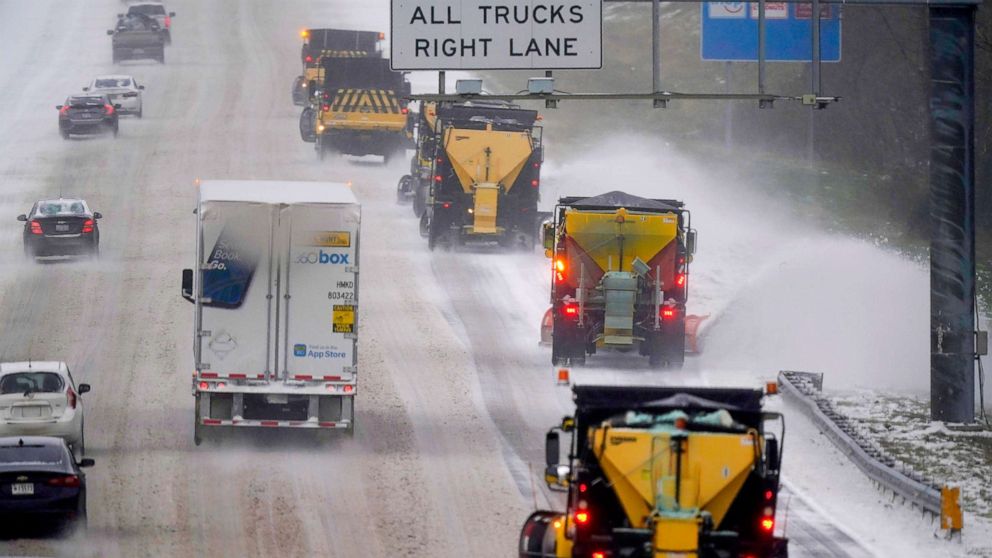 A foot of snow was already recorded in Buffalo, New York -- a daily record.

The storm that brought heavy snow, ice and tornadoes from the Midwest to the Southeast over the weekend is moving through the Northeast on Monday morning, according to the latest forecast from the National Weather Service.

More than 133,000 customers were without power across North Carolina, South Carolina, Georgia, West Virginia and Pennsylvania as of 6:30 a.m. ET on Monday, according to data collected by PowerOutage.US. Meanwhile, over 1,200 flights to, from and within the United States were canceled for Monday and there were more than 450 flight delays, according to data collected by FlightAware.

Sixteen inches snow was already recorded in Buffalo early Monday, a daily record for New York's second-largest city. An additional 6 to 12 inches of snow is possible for western New York and into the mountains of northern New England.