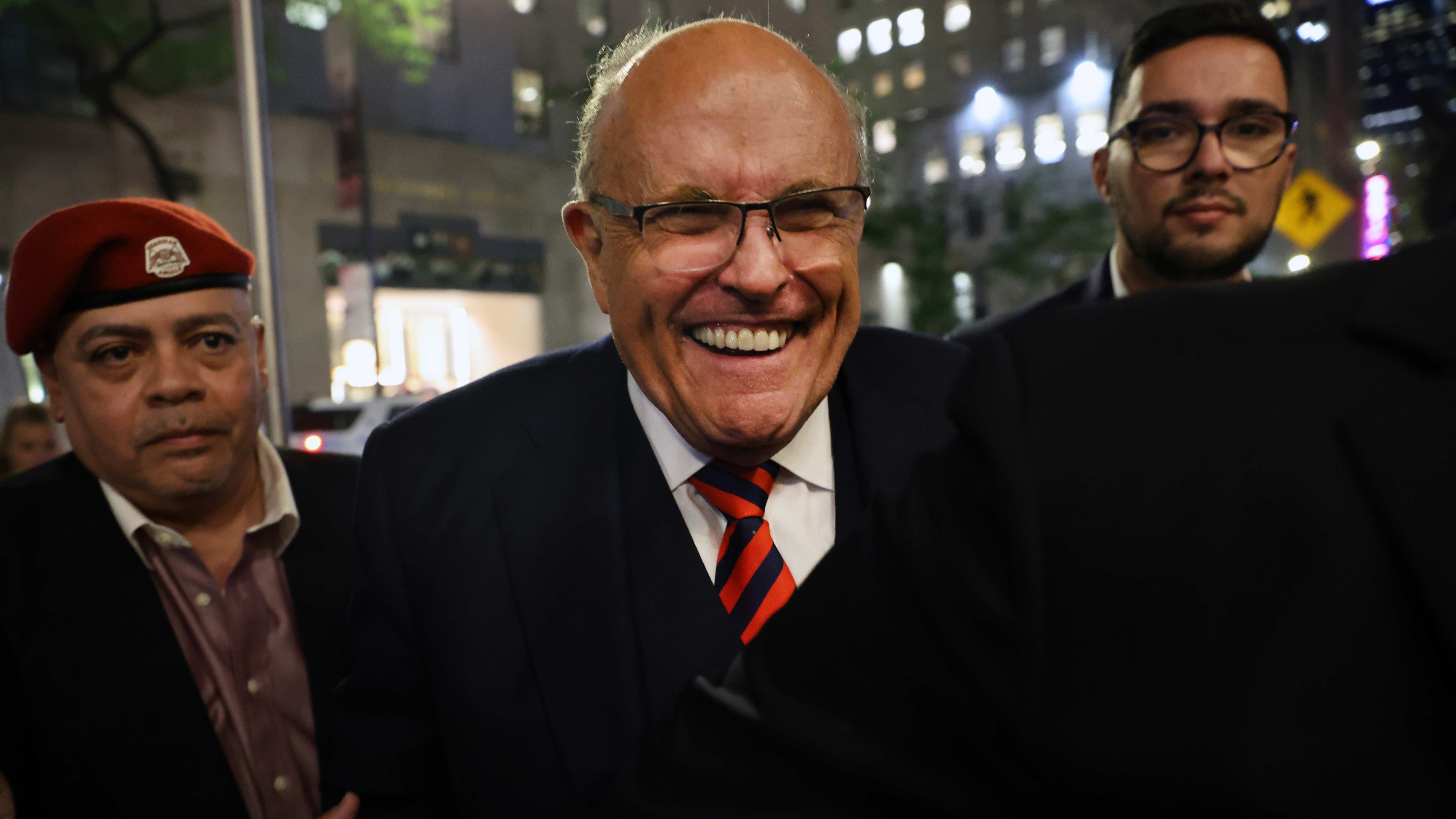 The man who was charged with assault for slapping Rudy Giuliani on the back in a Staten Island grocery store has filed a $2 million lawsuit against NYC for false arrest.

While Giuliani appeared to barely react in the video, he later said it felt "like somebody shot me" or that he had been hit by a boulder.