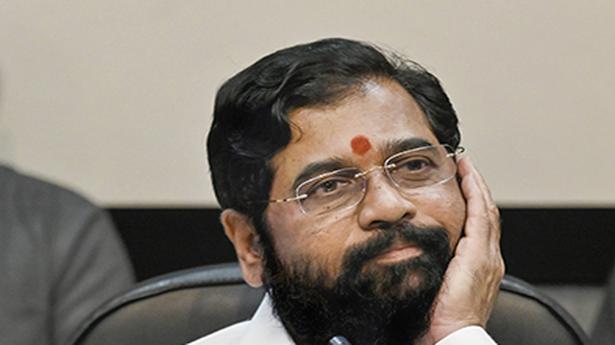 In Aurangabad, the bastion of the Uddhav camp (the Sena dominates the civic body), 10 of the 15 gram panchayats were snared by the Shinde group with the former winning just one.

Of all districts, the taluks in Aurangabad had turned into a prestige fight between the two rival camps since Mr. Shinde took over as Chief Minister on June 30 after his revolt toppled the erstwhile Uddhav Thackeray-led MVA.

The GPs in the Wadgaon-Kolhati and Paithan areas of Aurangabad saw the influence of rebel Sena MLAs Sanjay Shirsat and Sandipan Bhumre, proving that the rebels had not lost their clout on ground despite breaking away from the MVA to join the BJP.

The National Congress Party (NCP), meanwhile clearly dominated the proceedings in Pune district winning 11 of the 19 GPs, with the BJP managing just two.

As with all local body elections, political expediency saw strange bedfellows as the BJP allied with the NCP in Parbhani, while the Shinde camp fought against the BJP in some taluks.

Jalgaon saw the BJP come on top, winning six of the 24 GPs with the Uddhav camp winning a creditable five. The NCP and Congress, too, scored five wins each while the Shinde camp performed dismally, failing to win a single GP.

Muralidhar K., Deputy Commissioner (Welfare), told The Hindu that the initiative is being taken up as per the new guidelines of the Deendayal Antyodaya Yojana – National Urban Livelihoods Mission (DAY-NULM) where an FSSAI team will train street vendors on the safe parameters to be followed while preparing food

Constable stages protest over quality of food provided by a mess in Uttar Pradesh; probe ordered

Apart from ordering a probe into the food provided by Firozabad police lines mess, SSP Firozabad Ashish Tiwari also ordered a probe against Constable Manoj Kumar, saying 15 cases were pending against him

2,000 students to get free coaching from Aakash Byju’s

Under the ‘Education for All’ towards Inclusivity and Empowerment of the Girl Child, Aakash BYJU’S will offer free NEET and JEE coaching and scholarships to around 2,000 underprivileged and girl students

KIIFB case: Thomas Isaac wants ED to state the nature of offence or else recall summons

ED is the political tool of the BJP, alleges the former finance minister

It is rolling out initiatives to include folk art, music and theatre in school education

Body of Sannidhi, who was washed away, found in Udupi district

Interactive meetings to be organised in mandis, retail markets and other locations in all assembly constituencies of Delhi

Despite NGT ban, mining has been continuing, says the association

Google has grave reservations about developing a self-regulatory body for the social media sector in India to hear user complaints, though the proposal has support from Facebook and Twitter, sources with knowledge of the discussions told Reuters

A video on Artist Bhattathiri, a Malayalam calligrapher from Thiruvananthapuram.

What excuses will BJP give for 'alarmingly deteriorating' crime situation in Delhi: P. Chidambaram

Senior Congress leader Chidambaram’s attacks came after the Delhi Police data showed that the national capital recorded a 17% rise in crimes against women in the first six-and-half months of this year.

Imphal The Manipur Government has directed its staff to leave social media groups, which are engaged

On August 10, 1793, the Louvre Museum opened in Paris and later became the most-visited museum in the world. Here’s a quiz on popular museums