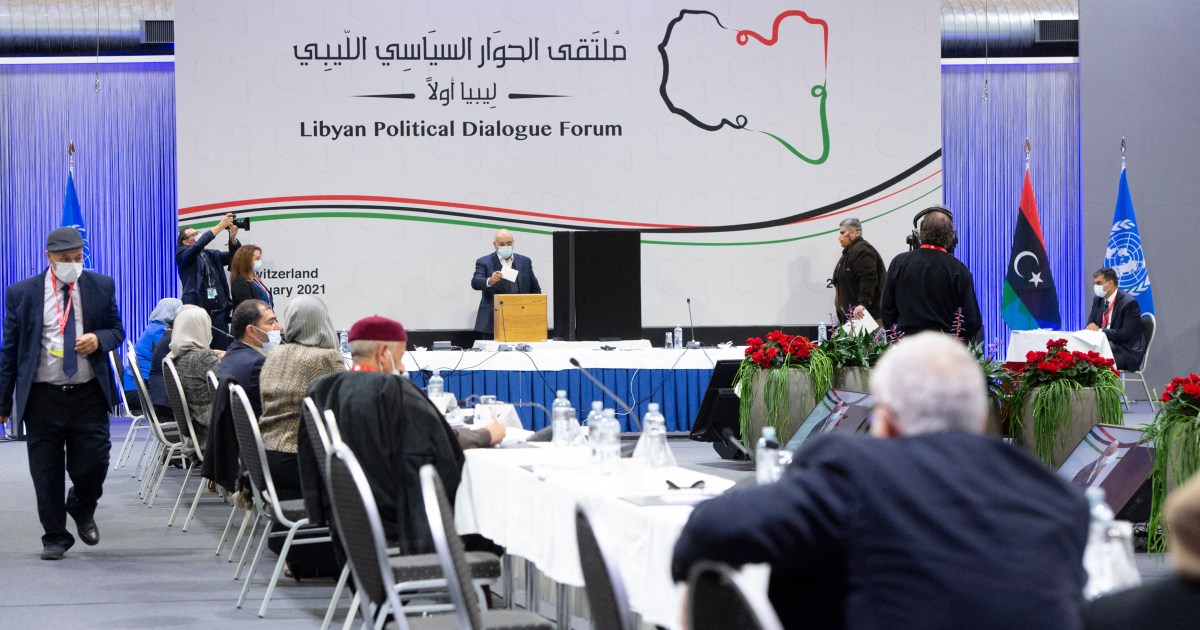 The president of Libya’s newly elected interim government has met with dozens of tribal elders, academics and activists in the eastern city of Benghazi, the stronghold of the divided country’s eastern factions, as part of a campaign to foster unity ahead of national elections in December. Mohammad Younes Menfi, chairman of Libya’s Presidential Council, arrived from Athens on Thursday where he had been living for the past three years. His visit follows a United Nations-sponsored conference last week in which delegates from Libya’s warring sides picked four leaders to guide the nation ahead of the December elections.