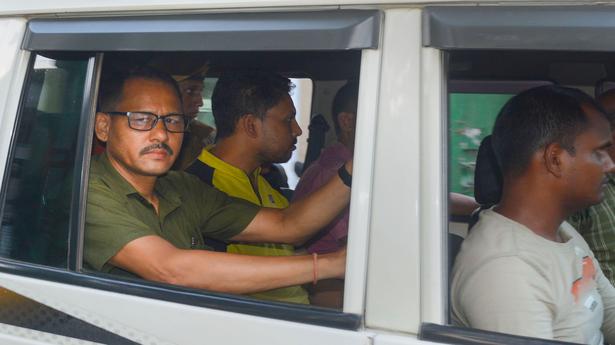 The National Investigation Agency (NIA), which arrested 45 of the 109 leaders and activists of the Popular Front of India (PFI) during a nationwide crackdown along with the Enforcement Directorate (ED) and the police across 15 States on Thursday, has seized documents revealing that prominent leaders of a particular community were allegedly on target.

In one of the cases involving 10 arrested persons, the NIA has submitted before a Kerala court that it found a “hit list” during the searches. The agency said the accused indulged in organised crimes and unlawful activities repeatedly to terrorise other religious sections of the society. The PFI has condemned the raids and described the arrests as “unjust” and a witch-hunt against its members and supporters.

“The outfit, its office-bearers, members and affiliates conspired to indulge in unlawful activities, encouraged the ‘vulnerable’ youth to join terror outfits like Lashkar-e-Taiba, IS and al-Qaeda and also conspired to establish Islamic rule in India by committing terrorist act... The accused spread disaffection against India through wrongful interpretation of government policies among their community to promote hatred against the State and its machineries,” the NIA has alleged.

Based on its findings, the ED has alleged that the organisation had thousands of active members in the Gulf countries and that the outfit raised substantial funds from abroad in a well-organised and structured manner. In his statement to the agency, former PFI treasurer P. Koya — who was among those arrested by the NIA on Thursday — had earlier denied the presence of PFI supporters abroad, claiming that the outfit did not receive any money from overseas as part of its “established policy”.

However, the documents seized by the agency during the previous searches revealed otherwise. The funds collected abroad were transferred to India via the “hawala” or other channels, as corroborated by another accused K.A. Rauf Sherif, arrested previously.

Following the same trail, the ED arrested Perwez Ahmed, Mohammed Iliyas and Abdul Muqeet in Delhi, while one Muhammed Shafeeque Payeth was picked up from Kozhikode. They have been accused of being part of a network through which funds were collected from overseas and within the country. The agency’s money laundering probe has revealed that over ₹120 crore were allegedly deposited in the accounts of the PFI and its related entities over the years, mostly deposited in cash.

According to the ED, the PFI leaders and related entities were developing a residential project in Kerala’s Munnar to launder the money collected from foreign countries and domestic collections. Accused Payeth had also transferred about ₹40 lakh to Rauf Sherif from Qatar. Till 2018, he worked as a business development manager for Gulf Thejas daily, an arm of Thejas Newspaper published by Intermedia Publishing Limited, in which PFI member Abdul Razak BP was a director. In March, the ED had arrested Abdul Razak at Kerala’s Kozhikode airport.

The orders were served to the accused, who are lodged in the Tiruchy and Cuddalore central prisons

The police argued that they locked the gates following instructions from temple Executive Officer Dharbamulla Bramaramba.

Popular Front of India to fight the ban in courts

The illegal and undemocratic ban on PFI would be challenged legally, said its Tamil Nadu president