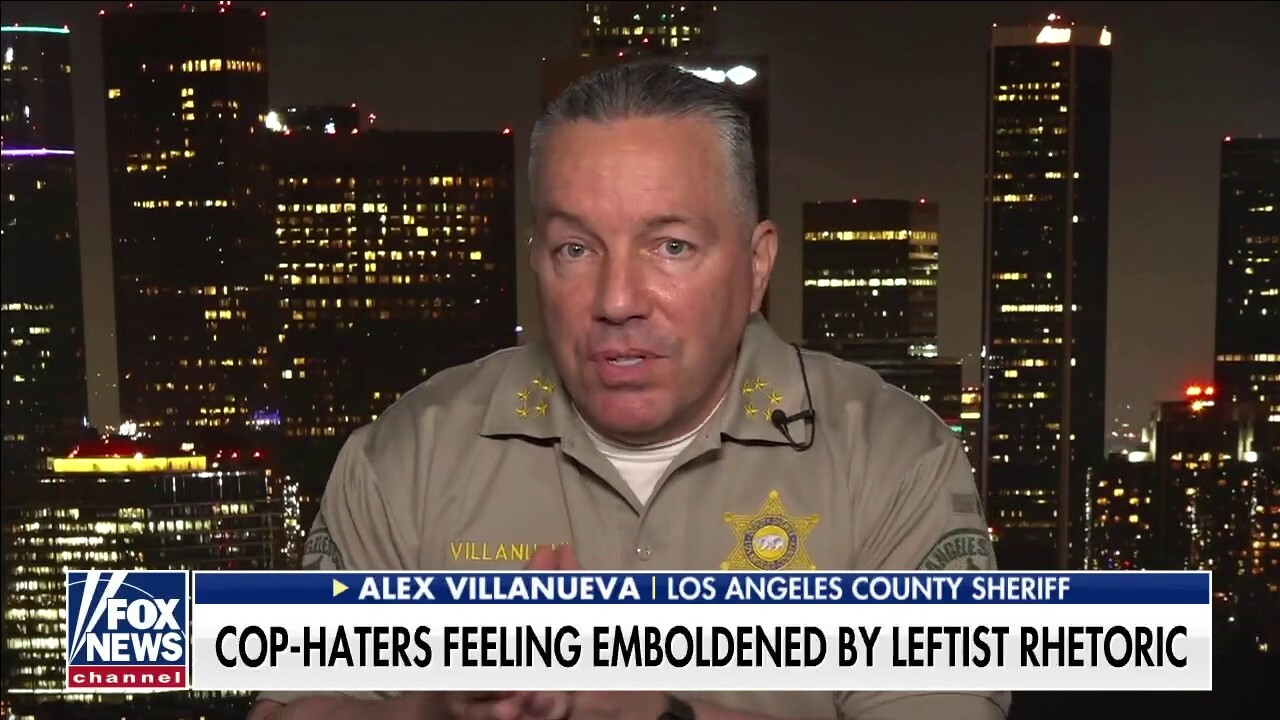 Los Angeles County Sheriff Alex Villanueva called for Americans to turn "the bitterness down" on law enforcement on Tuesday's "The Ingraham Angle," claiming "it's not so much the people with the bullhorn" but being perpetuated by politicians who encourage anti-police rhetoric and behavior

And that is part of the big lie, that somehow cops represent an existential threat to young Black men and nothing can be further from the truth. And the statistics show, [the] hard facts on the ground show it. Unlawful murder, for example, like Derek Chauvin against George Floyd, those are very rare, extremely rare. In fact, rarer than being struck by lightning. But yet you'll have politicians and you'll have people supposedly describe themselves as leaders in the community trying to tell people that they are afraid in the presence of cops is somehow we're an existential threat and we are [the] exact opposite of that. We're people that actually secure peace, provide that safety for the community and sometimes at the expense of our own lives... I can tell you that the population, [in] the county jail right now mirrors exactly the population of suspects who commit violent crime, murder, rape, robbery, assault with a deadly weapon. It is a one on one correlation between the suspects in those crimes and the population of those detained in the county jail awaiting trial. So anybody claims there is some kind of systemic inequity in that, well, they're not seeing the truth is right in front of them. Violence fills the jails. Not some type of systemic racism or some kind of scheme for mass incarceration it's just not there is plain old violence. We need to put an end to it.