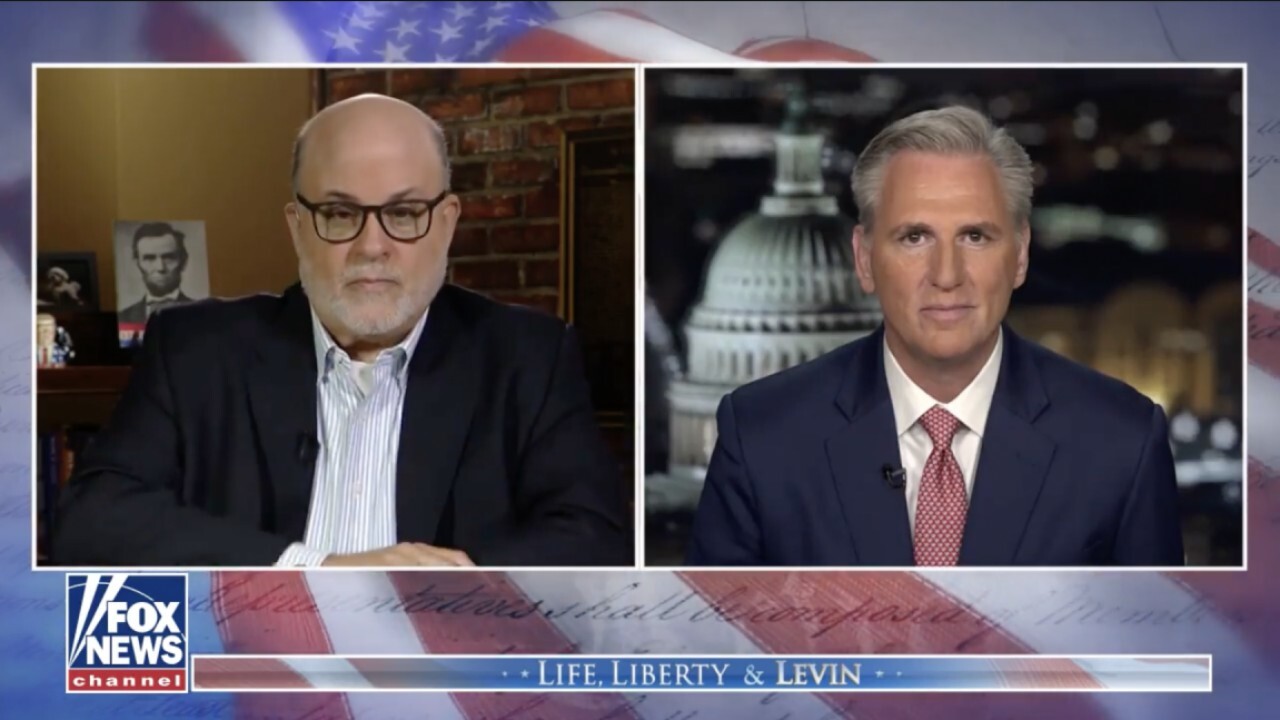 "We're first going to preserve our constitutional rights, but we're going to hold government accountable like you haven't seen," he told host Mark Levin. "We're going to find out where the origins of COVID started. The DOJ — you've got an individual [who] called parents terrorists because they went to a school board meeting."