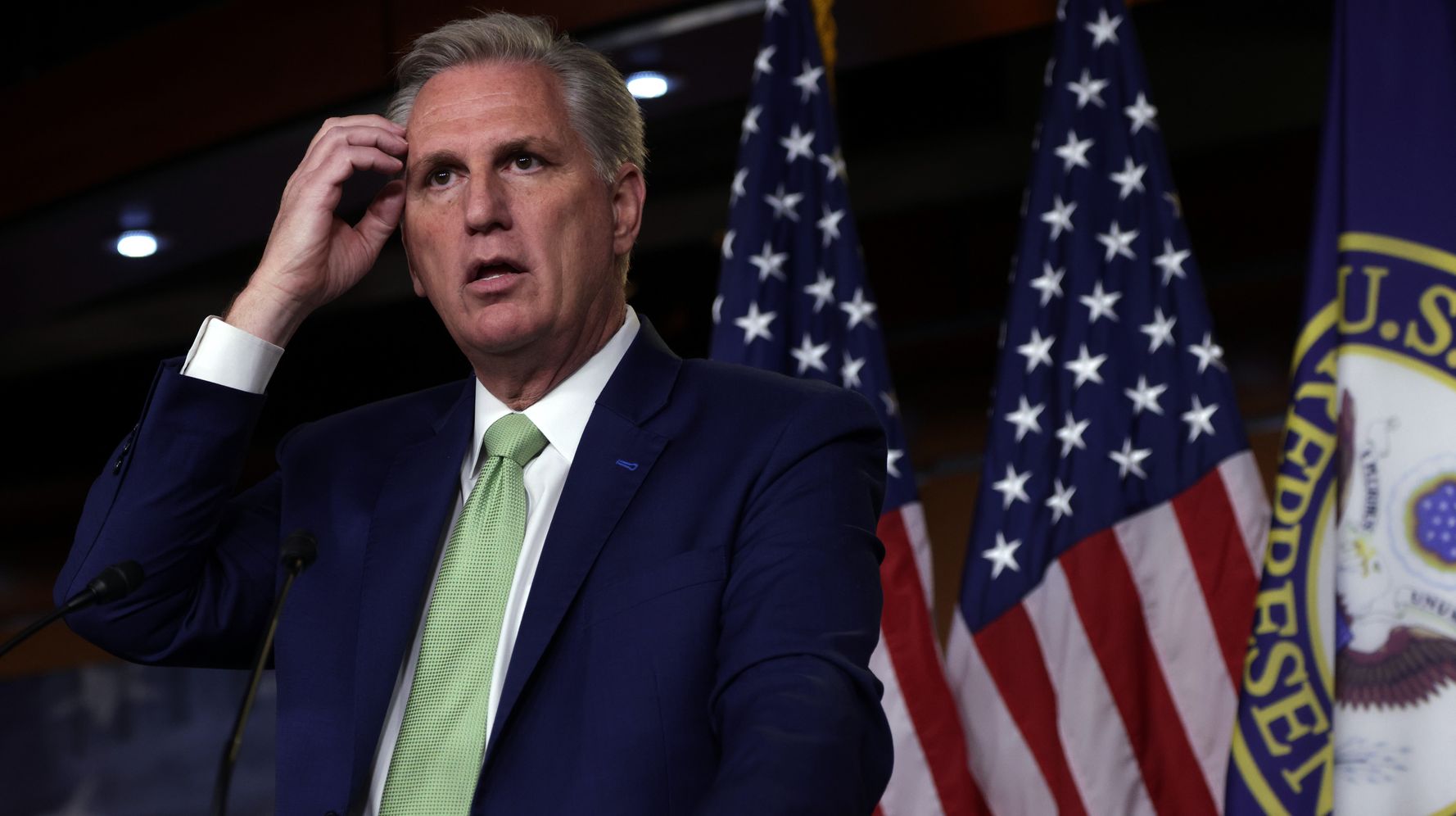 Cheney, the third highest-ranking House Republican, has refused to join many members of her party in attempting to sow doubt about the 2020 election.

House Minority Leader Kevin McCarthy (R-Calif.) was caught on a hot mic Tuesday complaining about Rep. Liz Cheney (R-Wyo.), the party’s third highest-ranking House member, and her refusal to falsely describe the 2020 presidential election as fraudulent. According to audio reviewed by Axios, McCarthy reportedly told “Fox & Friends” co-host Steve Doocy that Cheney has “got real problems.” “I’ve had it with her,” McCarthy told Doocy during an off-air conversation, according to Axios. “You know, I’ve lost confidence ... Well, someone just has to bring a motion, but I assume that will probably take place.”

Josh Hawley Says He Doesn't Know If He Saluted Any Rioters, So We Checked