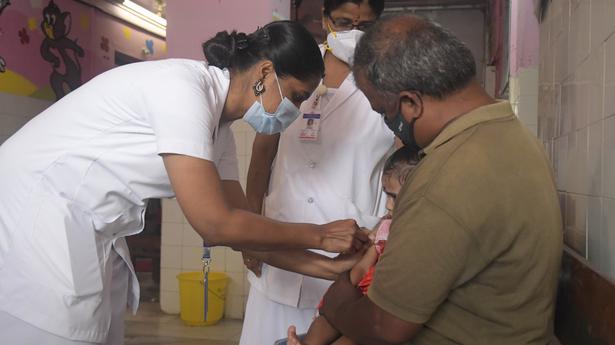 Karnataka has recorded a five-point decline in under-five mortality rate (U5MR), from 26 per 1,000 live births in 2019 to 21 in 2020. With this, Karnataka is among 11 states that have attained the Sustainable Development Goals (SDG-3) target of less than 25 in this prominent child health indicator.

Infectious diseases, including pneumonia, diarrhoea and malaria, along with preterm birth complications, birth asphyxia, trauma and congenital anomalies remain the leading causes of death for children under five.

According to data from the Sample Registration System (SRS) bulletin for 2020 released on Friday, U5MR varies from 18 in rural areas to 17 in urban areas in Karnataka.

The SRS taken up by the Office of the Registrar General of India is a large-scale demographic survey for providing reliable annual estimates of infant mortality rate, birth rate, death rate, and other fertility and mortality indicators at the national and regional level.

At the national level, U5MR is estimated at 32 and it varies from 36 in rural areas to 21 in urban areas. Among the bigger states/UTs, it varies from 8 in Kerala to 51 in Madhya Pradesh. On an average, the under-five mortality rates of female children are higher than that of male except in Delhi, Gujarat, Haryana, Himachal Pradesh, Kerala, Madhya Pradesh, Tamil Nadu and West Bengal.