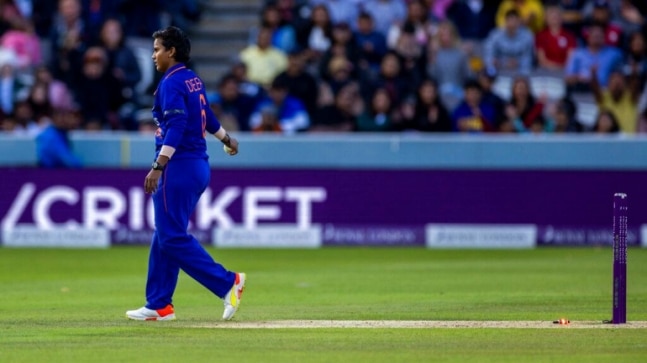 Kapil Dev has delivered his verdict on the Deepti Sharma run out of Charlotte Dean and said that the better solution would be to deprive batters of the run. The run out of Dean has courted a lot of debate around the globe.

Former India captain Kapil Dev has delivered his verdict on Deepti Sharma's run out of Charlotte Dean during the third ODI between England and India and said that the simple solution would be to deprive a batter of the run.

Sharma's run out of Dean has courted a lot of debate from around the globe with opinion being divided right down the middle.

"In a situation like this, I feel instead of intense debates every time - there should be a simple rule. Deprive the batsmen of their run . It should be deemed a short run. It's a better solution in my mind," said Dev on Instagram.You can see the screengrab of the story below:

Sharma had commented on her run out of Dean and revealed that it was the team's plan as she was doing it repeatedly. The India all-rounder also said that they had warner her as well.

"It was our plan because she was doing it repeatedly. We had also warned her. So, according to the guidelines of the rules we did it," said Deepti Sharma.