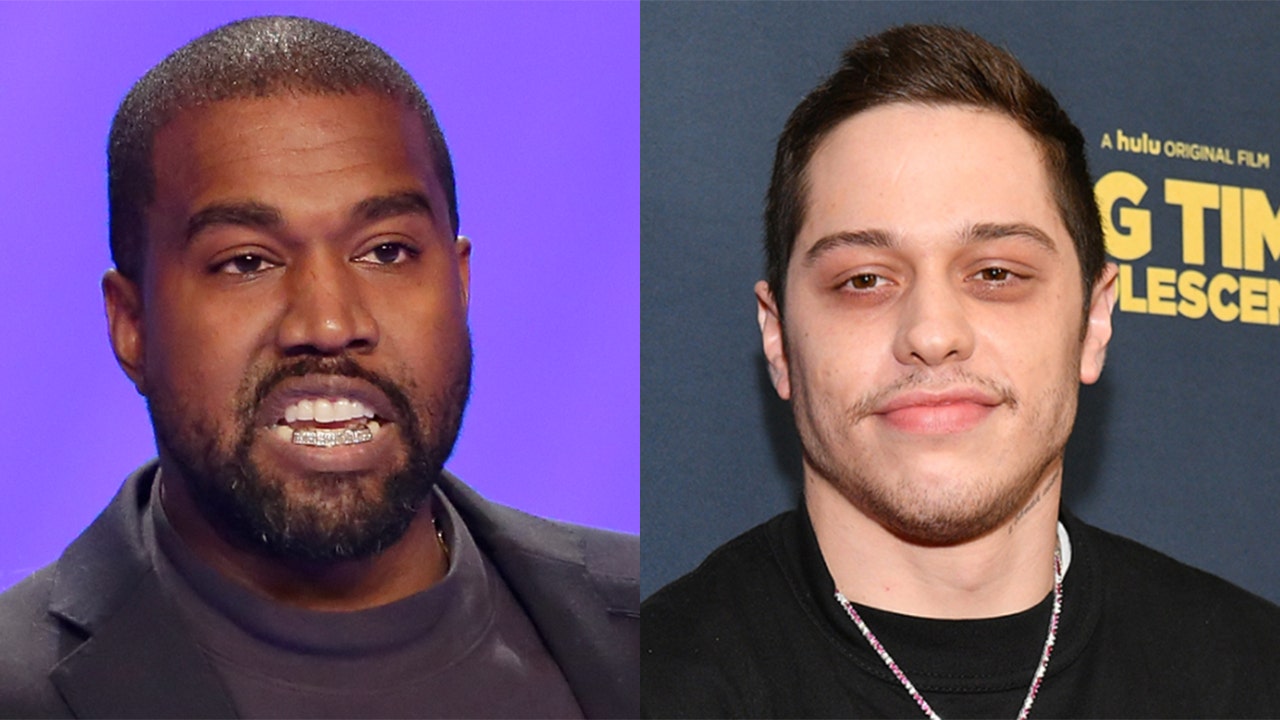 Reports say the song "Eazy" is expected to be released on Friday night. It's unclear if the lyric will be included in the song's final version released to the public.

West, who changed his legal name to "Ye" recently, has been promoting his collaboration with The Game on social media.

Britney Spears' sister Jamie Lynn opens up about childhood: 'I was a prop'

Britney Spears' sister Jamie Lynn Spears said that she "was a prop" in her childhood.

Christina Haack shuts down 'too fast, too soon’ criticism over relationship with fiancé Josh Hall

On Sunday, the HGTV personality took to Instagram to share a selfie of the couple enjoying some time on the beach.

The 29-year-old Sports Illustrated Swimsuit model took to Instagram on Monday to share a photo of herself posing on a boat in a red two-piece alongside her boyfriend, Carolina Panthers running back Christian McCaffrey.

The former Miss USA touched down at LAX in Los Angeles after near-week-long trip to Cabo San Lucas, Mexico, with her sister Aurora and boyfriend Christian McCaffrey.

An attorney for Farrah Abraham told Fox News Digital that the reality star is planning to sue the staff at the nightclub where she was arrested by security over the weekend calling it an “unlawful arrest."

Ricky Gervais talks hosting the Oscars, what it would take for him to agree to 2022 show

Now that the Oscars are officially moving forward with a host for the first time in years, Ricky Gervais revealed what it would take for him to agree to take on the role.

Supermodel Stephanie Seymour took to Instagram and reflected on her son Harry Brant's brief life by posting a series of family photos.

Daniel Radcliffe is gearing up to take on a role arguably much different than the magical wizard Harry Potter.

Rapper Lil Durk recently invited Morgan Wallen to join him onstage for a performance, months after the country singer was canceled for a racial slur scandal.

Valerie Bertinelli on why her book got 'raw,' ‘vulnerable' about Eddie Van Halen: 'I wish he were still here'

Valerie Bertinelli discussed her complicated relationship with ex-husband and rocker Eddie Van Halen prior to his death at age 65.

Jodie Sweetin engaged to Mescal Wasilewski: 'You're my person'

Jodie Sweetin is officially a bride-to-be.

Travis Tritt details his journey to becoming a professional musician