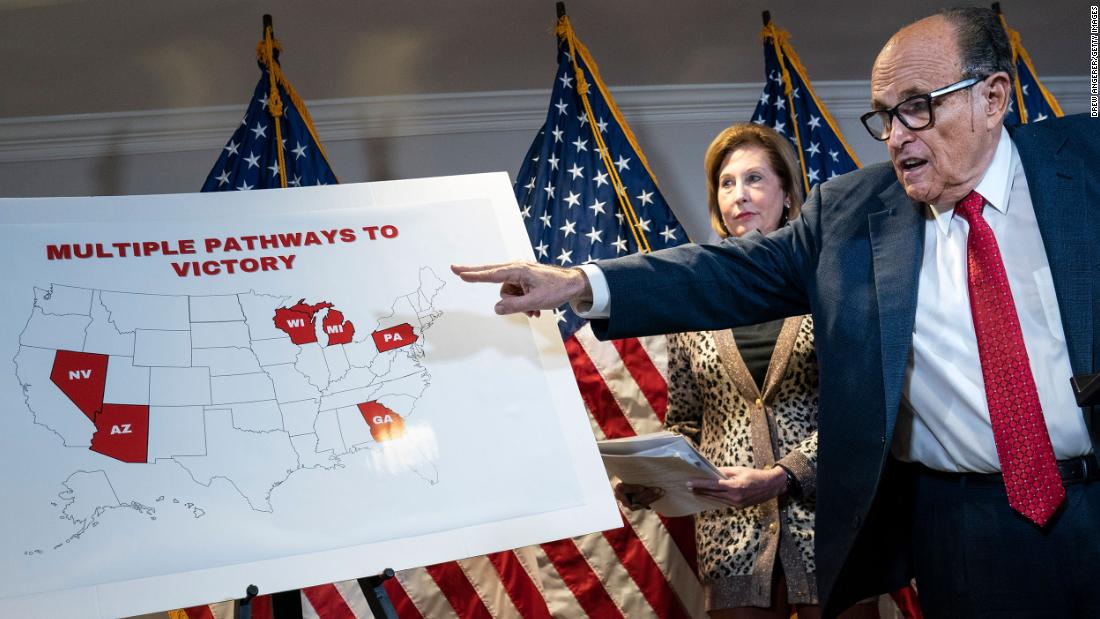 A Colorado judge rejected a request by several allies of former President Donald Trump that she dismiss a defamation case they're facing after hyping bogus 2020 election fraud claims.

The move Friday by District Judge Marie Avery Moses means that the defamation case will advance toward trial, opening the door to more extensive discovery that could shed light on the "big lie" narrative that propelled Trump's bid to overturn the election.

"There is no constitutional value in false statements of fact or the deliberate spread of dangerous and inflammatory political disinformation designed to sow distrust in democratic institutions," the judge wrote. "The public has an active interest in ensuring that there are remedies for defamatory statements."