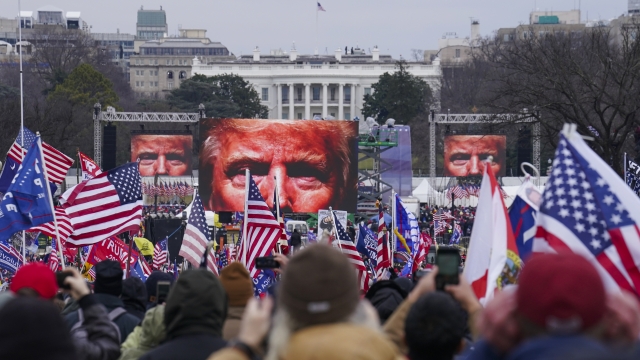 The House committee investigating the Jan. 6 riot at the U.S. Capitol issued a subpoena Wednesday to a former Justice Department lawyer who positioned himself as an ally of President Donald Trump and aided Trump’s efforts to challenge the results of the presidential election.

The committee on Wednesday said it has demanded documents and testimony from Jeffrey Clark, a former assistant attorney general who lent a sympathetic ear to the president’s baseless claims that the election results were fraudulent. Clark clashed with superiors during the tumultuous final weeks of the Trump administration, including during a dramatic White House meeting.

The subpoena comes one week after the release of a Senate Judiciary Committee report  that documented extraordinary tensions within the senior ranks of the Justice Department in December and January as Trump and allies prodded the law enforcement agency to aid in efforts to undo the election won by Democrat Joe Biden.

Clinton, 75, was admitted to the University of California Irvine Medical Center on Tuesday.

The passage of the short-term debt ceiling increase ensures that, for now, the U.S. will continue to meet its obligations.

Health advisers voted unanimously to recommend a half-dose of the vaccine for seniors, the immunocompromised and those at increased risk for COVID-19.

A congressional committee will vote to recommend contempt charges against former White House aide Steve Bannon after he defied the panel's subpoena.

The latest Consumer Price Index backs up what renters already know: They are paying a lot more.

Three men face murder charges after Arbery was shot and killed last year while jogging through a Georgia neighborhood.

The American Rescue Plan, signed back in March, increased the annual credit from $2,000 per child to up to $3,600 for some filers.

More than 3,000 homes, businesses and other structures have been damaged or destroyed by wildfires, and the Santa Ana winds exacerbate the threat.