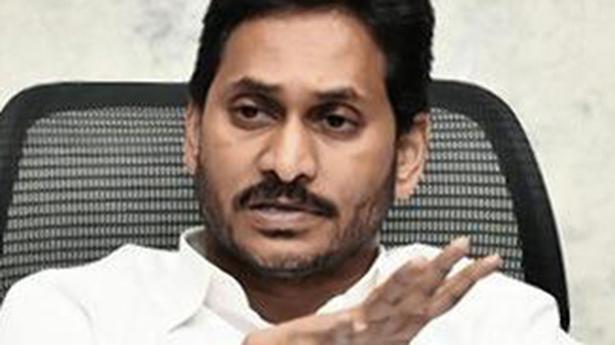 Chief Minister Y.S. Jagan Mohan Reddy has extended support to NDA presidential candidate Droupadi Murmu, who will be the first tribal woman to hold the position if she wins.

In an official statement, Mr. Jagan said Ms. Murmu’s candidature falls in line with the emphasis his party has always given to the representation of the SC, ST, BC, and minority communities.

However, the Chief Minister will not be able to attend the filing of nominations by Ms. Murmu on Friday due to the previously scheduled cabinet meeting. Instead, Rajya Sabha member and the party’s parliamentary affairs leaders Vijaya Sai Reddy and Lok Sabha member Midhun Reddy will attend, the statement added.

The cap on the price of raw jute, which led to closure of mills and job losses, was withdrawn in May 2022

Photo with Pawar puts Shinde in a predicament

An increase of 4,245 cases has been recorded in the active COVID-19 caseload in a span of 24 hours

NGT issues a slew of directions to civic bodies on Korattur, Ambattur lakes

Tribunal orders installing of CCTV cameras around the two lakes

Motorist dies after hitting car driven by policeman in Puttur

Hampered Nadal gets past Fritz at Wimbledon; Kyrgios next