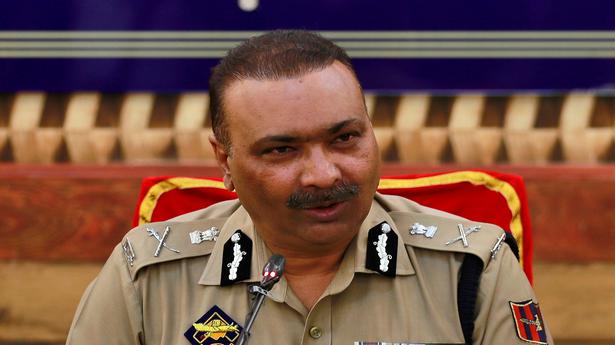 Days after a Kashmiri Pandit was killed by terrorists in Kashmir Valley’s Budgam, Director General of Police Dilbag Singh said that efforts were on to create a secure environment for everyone but it was not possible to provide security to every individual.

Mr. Singh told The Hindu that the main suspect in the May 12 killing of Rahul Bhat, who was employed at the revenue office in Chadoora, is a local man named Lateef Rather alias Osama, who is affiliated to Pakistan-based terror outfit Lashkar-e-Taiba (LeT).

“We cannot provide guards to every person but we are making all efforts so that there is a secure environment for everyone. All measures are in place,” Mr. Singh said when asked about the steps taken to assure the Kashmiri Pandit community of their safety.

A little known outfit named Kashmir Tigers that first surfaced in 2021 has claimed responsibility for the killing. Police said it is an offshoot of Jaish-e-Mohammad, another Pakistan-based terror group.

Mr. Bhat was employed as a clerk at the land revenue office and was recruited under the Prime Minister’s employment package for the displaced community in 2010.

Police had earlier said in a press release that on May 13, security forces had killed two terrorists from Pakistan — Faisal alias Sikandar and Ukasha — who had recently escaped during an encounter in Bandipora in north Kashmir and whose presence was technically confirmed at the site of attack in Chadoora (central Kashmir), which confirmed their involvement in the killing of Rahul Bhat.

Police said Lateef, a resident of Chadoora, was also involved in the December 2021 attack on a police bus on the outskirts of Srinagar when two policemen were killed. His involvement was also found in the February 11 incident in Bandipora when a police checkpost was attacked with a grenade and one policeman was killed.