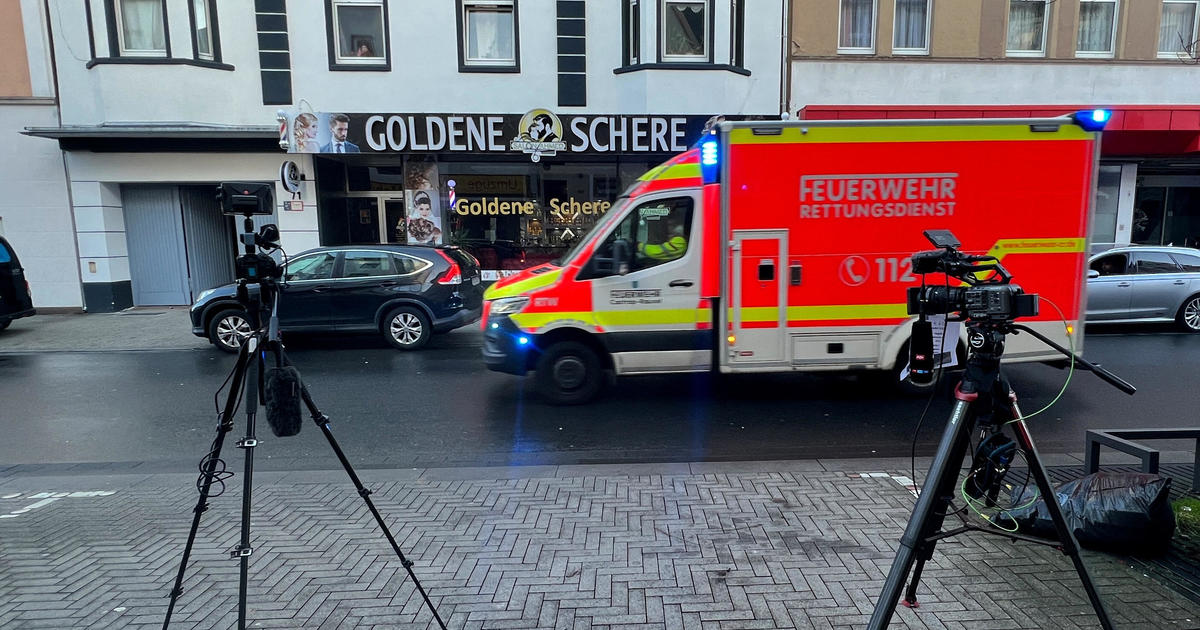 Berlin — A 32-year-old Iranian man has been arrested in Germany on suspicion of planning an attack with deadly chemicals, officials said Sunday.

Police and prosecutors said the man and another person were detained overnight in the town of Castrop-Rauxel, northwest of Dortmund.

In a joint statement, they said the man is suspected to have planned a serious attack motivated by Islamic extremism, for which he had allegedly sought to obtain the potent toxins cyanide and ricin.

Scientists find dense ring around dwarf planet, but can't quite explain why it's there

New telescope data has revealed that a dwarf planet in the outer reaches of the solar system has a dense ring around it, leaving scientists and astronomers confused as to why.

For many earthquake victims in Turkey and Syria, help is arriving, but not fast enough

Search teams and relief supplies started pouring in Tuesday from dozens of nations, including the United States, but people in some of the areas of Turkey and Syria hit hardest by Monday's devastating earthquakes said they felt they had been left to fend for themselves.

Ghanaian soccer player Christian Atsu was rescued from rubble of a collapsed building in Turkey following the deadly earthquakes to hit the country and neighboring Syria.

Specialist divers on Monday were scouring a river bed for traces of a missing woman, more than a week after she appeared to "vanish into thin air" leaving her phone still dialed into a work conference call at an isolated rural spot in northern England, police said.

The death toll from Monday's devastating earthquake and more than 300 aftershocks in southeastern Turkey and northern Syria topped 5,000 Tuesday, authorities said, as crews raced to try to find survivors in the rubble of thousands of collapsed buildings. The aftershocks made the searching itself dangerous.

Australia has decided it's had enough of the British monarchy - at least on its dollar bills. The country will replace the last of its banknotes featuring the late Queen Elizabeth II with something much closer to home.

Jewish settler population in West Bank hits a landmark, and under Israel's new government, it may soar

Jerusalem — Israel's West Bank settler population now makes up more than half a million people, a pro-settler group said Thursday, crossing a major threshold. Settler leaders predicted even faster population growth under Israel's new ultranationalist government.   The report, by WestBankJewishPopulationStats.com and based on official figures, showed the settler population grew to 502,991 as of Jan. 1, rising more than 2.5% in 12 months and nearly 16% over the last five years.   "We've reached a huge hallmark," said Baruch Gordon, the director of the group and a resident of the Beit El settlement. "We're here to stay."

A young couple have been sentenced by an Iranian court to more than a decade in prison each after posting a video of themselves dancing in front of a major Tehran landmark, according to a U.S.-based human rights group and Britain's BBC News.

Yangon — Streets emptied and shops closed in protest across Myanmar on Wednesday, the second anniversary of the coup that toppled Aung San Suu Kyi's government, with the junta extending a state of emergency and delaying new elections. Myanmar has been in turmoil since the military's power grab and bloody crackdown on dissent, which has sparked fighting across the country and tanked the economy.

Tiny radioactive capsule found after search of vast swath of Australia: "Needle in a haystack"

Perth, Australia — Authorities in Western Australia on Wednesday recovered a tiny but dangerous radioactive capsule that fell off a truck while being transported along an 870-mile highway last month in what an official said was like finding a needle in a haystack.

Four suspects believed to have been involved in the July 7, 2021 assassination of Haitian President Jovenel Moïse have been transferred to the United States from Haiti, federal authorities said Tuesday. Two of the suspects were among the first to be arrested in connection with the slaying.