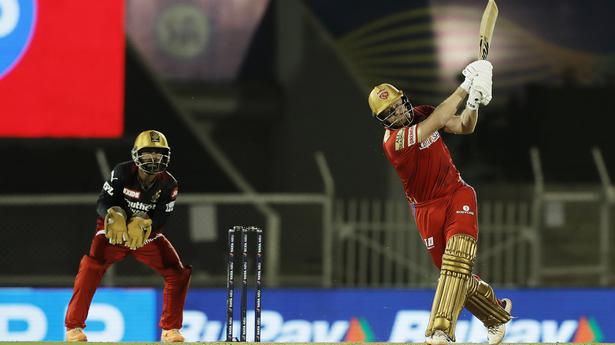 Bairstow has mostly batted in the middle order in the T20Is for England in the last two years, though he has opened the innings in a few matches

Jonny Bairstow has not opened for England in too many matches in recent times but he is relishing his job at the top of the order for Punjab Kings in the ongoing Indian Premier League.

Bairstow's 66 off just 29 balls with the help of four boundaries and seven sixes laid the foundation for a 54-run win for Punjab Kings against Royal Challengers Bangalore on May 13.

"I am happy with the way I have transitioned to opening the batting. It has been very enjoyable being back at the top," Bairstow said at the post-match press conference.

Bairstow arrived late for this edition of the tournament and initially started in the middle order, where he struggled to find his groove. The team management then promoted him to the top and captain Mayank Agarwal moved himself down the order.

The move yielded results as after scoring one in his first match as an opener against Gujarat Titans, Bairstow roared back to form with a 56 against Rajasthan Royals before Friday's 66.

"It's one of those days. A couple of those come off and it's your day," he said after the match.

Bairstow has mostly batted in the middle order in the T20Is for England in the last two years, though he has opened the innings in a few matches. He has also kept wickets when Jos Buttler was not playing.