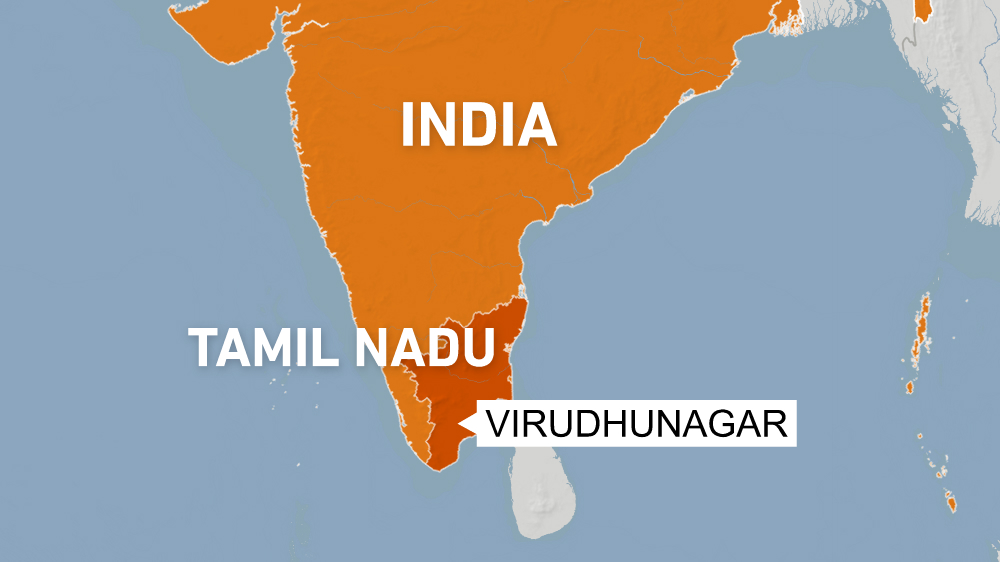 The blasts occurred while chemicals were being mixed by the workers to make fireworks, local media reports.

Several explosions at a private fireworks factory in southern India killed at least 11 workers and injured 34 others on Friday, police have said. Those injured in the blasts at the factory in Tamil Nadu state’s Virudhunagar district were taken to a nearby hospital for treatment, police officer Raj Narayanan said. Ten fire engines were called to fight the fire, which destroyed four sheds in the factory.