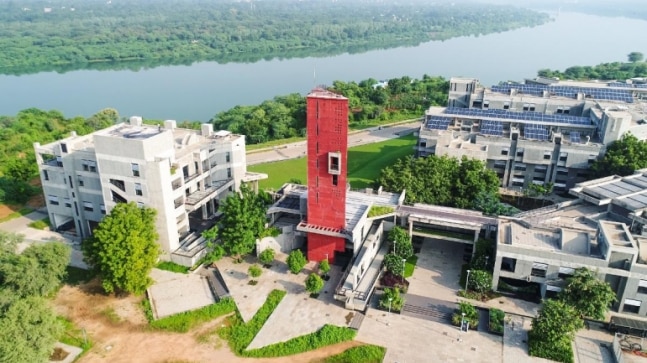 IIT Gandhinagar researchers have developed a model to assess heavy rainfall-induced damages in road networks. See how it works.

For the last few years, India is facing the issue of severe infrastructural damage, casualties, and social-economic disruptions caused by highway flooding, landslides, and associated debris flows that follow incessant monsoon rainfall in different parts of the country. Recently, Shri Nitin Gadkari, Minister for Road Transport and Highways, had directed key officials to solve highway-flooding issues that arise as a consequence of extreme rainfall events, which in turn cripple the country's transportation systems every year.

A team of researchers led by Professor Udit Bhatia, including Raviraj Dave and Srikrishnan Siva Subramanian, from the Indian Institute of Technology Gandhinagar (IITGN) has been working on this crucial issue and has developed an integrated predictive model to accurately understand and assess the real magnitude of heavy rainfall-induced damages in road transport networks.

A new variant of the Redmi Note 10S will be up for sale starting this Friday. Here is what it has to offer and how Xiaomi aims for the slightly higher price range with the new device.

Qualcomm has introduced its flagship processor for PCs that will bring in support for some of the top-end features that we see in laptops these days. Here is how Qualcomm plans to take on Intel in the premium-mobile computing category.

This is how much OnePlus RT may cost in India

Tesla launches Cyberquad, an all-electric quad bike for kids, at about Rs 1.42 lakh

Tesla has launched a new electric vehicle named Cyberquad for kids which takes inspiration from the Tesla Cybertruck. The ATV is backed by a battery that promises about 24 km of range and a top speed of 16 kmph. Here is a look at what the company has brought out for the young ones.

These are the most downloaded iOS apps and games of 2021

The App Store Awards honor the best apps and games at the end of each year. Ten years after its App Store debut, Toca Life World is masterfully iterating on the art of play and self-expression for kids.

Realme has increased the price of its entry-level phone for the second time and, with that, the C11 2021 has become a little less appealing.

The West Bengal Board of Secondary Education (WBBSE) on Wednesday asked schools to conduct selection tests offline for the students between December 13 and 24.