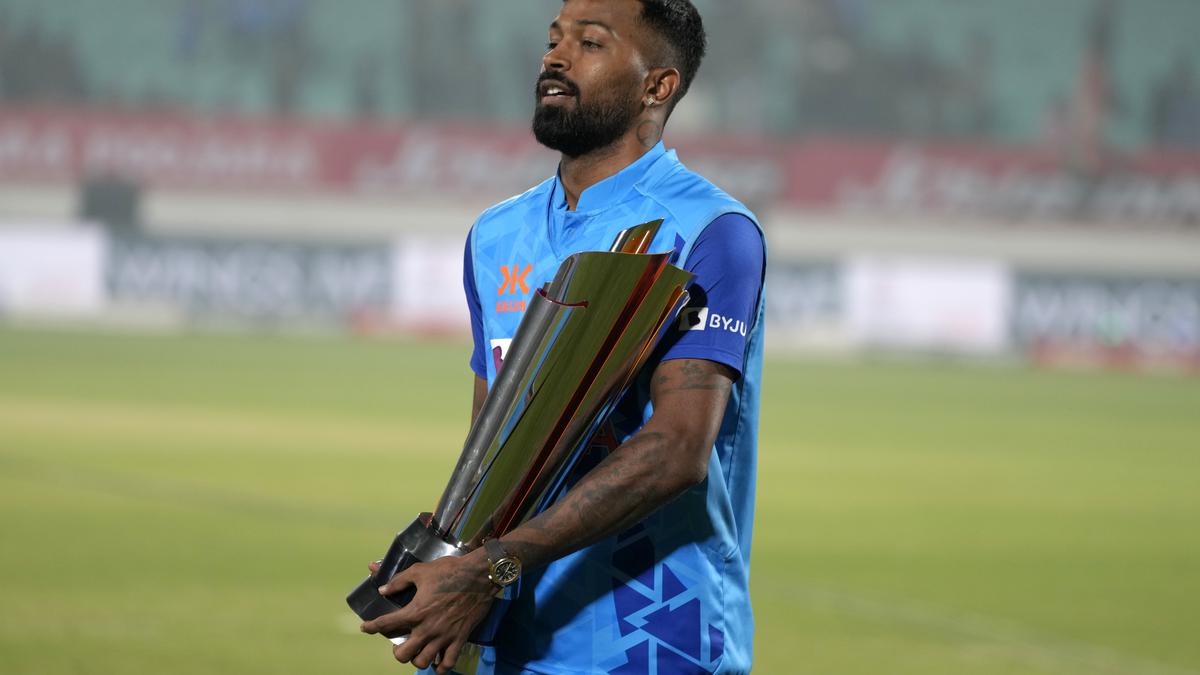 Suryakumar Yadav has earned the plaudits of his skipper Hardik after playing a match-winning knock of 112 not out of 51 balls to power India to a 91-run win over Sri Lanka in the third and final T20I to clinch the three-match series 2-1 here at the Saurashtra Cricket Association Stadium on Saturday.

"He has been surprising everyone and making everyone know that batting is very easy. If I am a bowler, I will be disheartened with the shot he plays. He has played blinders after blinders," said Hardik Pandya about Suryakumar Yadav in the post-match presentation ceremony.

Playing just his second international match Rahul Tripathi played a quickfire knock of 35 of just 16 balls hitting five fours and two sixes to help India in scoring a massive 228/5 in 20 overs." Special mention to Rahul Tripathi as well, who played so well with the ball moving. Don't need to tell much to Sky much, whenever he finds a situation when he is not sure, we try to find a solution. More often than not he has been doing it all on his own," said Hardik Pandya.

Axar Patel was consistent with both bat and ball throughout the series and therefore bagged the 'Player of the series award'. The southpaw slammed a half-century in the previous match and also scored 21 off 9 balls in the third T20I. With the ball too he chipped in with a wicket of Kusal Mendis to give India the first breakthrough in the match. "Very proud of Axar. This series will give him a lot of confidence. It adds a lot of value to the team as well," said Hardik Pandya.

Hardik Pandya-led side has registered a 2-1 T20 series win over Sri Lanka and will go into the ODI series high on confidence as Rohit Sharma will lead the campaign in the first match in Guwahati on Tuesday.

Australian Open tennis women’s final | Rybakina, Sabalenka even at a set each

Elena Rybakina won the first set 6-4 while Aryna Sabalenka took the second one 6-3.

Since its recent inception in the Olympics, skateboarding is having a moment in India. Have you stepped on the board yet?

As more Indians hit the slopes, we explore the rise in skiing, snowboarding and snowshoeing in Kashmir, Himachal Pradesh and Uttarakhand

Germany recorded their first entry into the final after the 2010 edition in New Delhi, where they had finished runners-up.

India will hope to continue their good form in the shortest format of cricket.

Real Madrid beat local rivals Atletico Madrid 3-1 to advance to the semifinal of the Copa del Rey along with Barcelona, Osasuna and Athletic Bilbao

England Test captain Ben Stokes was forced to retire from ODIs last year as he could not go on giving his best across formats.

Named in honour of the legendary Shane Warne, who passed away last year, Khawaja polled 22 votes ahead of Marnus Labuschagne and Steve Smith

This is just the beginning, says Shafali Verma after U-19 WC triumph

This is the moment we wanted to live: Nooshin

Put a process in place and followed it to the letter, says India coach

Talented Maaya needs all the support to realise her dream

CHENNAI: Maaya Rajeshwaran is one of the most promising tennis players to emerge from Tamil Nadu, wi

Announcing his decision on Twitter, Murali Vijay said he would be “exploring new opportunities in the world of cricket & the business side of it”

I'm quite tired and exhausted: Warner ahead of Test tour of India

The 36-year-old played in multiple formats in a hectic summer, including ODI series against Zimbabwe, New Zealand, and England and Tests against West Indies and South Africa

I can now spend more time with my son: Sania Mirza

For all their success at the international stage, the Indian women's cricket team has never won a World Cup at any level

I can now spend more time with my son: Sania