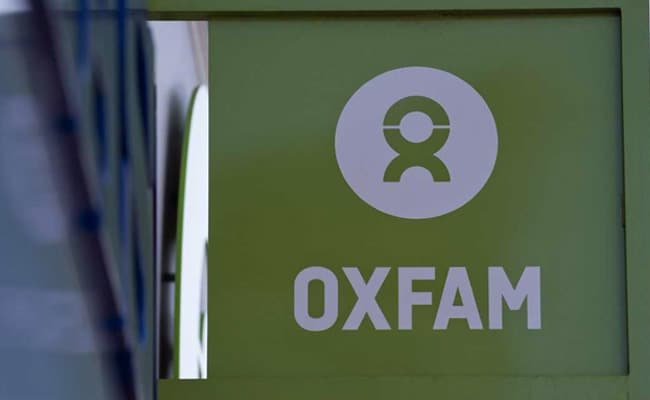 On Saturday the FCRA, or Foreign Contribution (Regulation) Act, licences of over 12,000 NGOs and other groups, including Oxfam India and Oxfam India Trust expired

The government's decision to refuse renewal of its FCRA licence - needed to receive funding from abroad - will severely affect ongoing humanitarian and social work in 16 states, Oxfam India said in a statement issued Sunday morning. The Government of India's decision to refuse renewal of Oxfam India's Foreign Contribution Regulation Act #FCRA registration will severely affect the ongoing humanitarian & social work in 16 states across the country. 🧵(1/7)https://t.co/Rt0hmwLcIc We has been working in public interest with the government, communities and frontline workers for decades. This decision by #MHA will severely hamper these collaborations through which were providing relief to those who needed it the most during times of crisis. (2/7) pic.twitter.com/mRGIPT5oPz

"As per the list released by the Ministry of Home Affairs on January 1, 2022, Oxfam India's FCRA registration renewal request has been denied... which means that Oxfam India will not be able to receive foreign funds for any of its work in India (effective immediately)," the group said.

Amitabh Behar, Oxfam India's CEO, said the Home Ministry's decision would hamper the organisation's efforts in providing relief to those who needed it the most during times of crisis.

In the complaint, Jagadish said contaminated food was provided to the students on Monday. He alleged that the management erred by not submitting a report to the district administration on the incident.

The resources under the G20 Stay Safe Online will cover themes such as tackling online frauds, how to report harmful content, tips to be safe when interacting online among others.

On Monday, a division bench of the Telangana High Court dismissed the state government's appeal against a single-judge order to transfer the probe.

The varsity will hold its 99th convocation on February 25, according to an official notification.

The Rs 3,600-crore alleged scam relates to the purchase of 12 VVIP helicopters from AgustaWestland.

According to the police, the victim had allegedly come to meet a girl in a nearby village on Sunday night.

Scheduled Caste Haryana Government Employees To Get Quota In Promotion

Families belonging to Scheduled Castes who wish to set up small and micro industries will now get 20 per cent discount on purchase of land, the chief minister also said.

A prominent name not just in Telugu cinema but also in Tamil and Hindi films, he became the 48th recipient of the Dadasaheb Phalke award, the highest recognition in Indian cinema.

In their appeal to the top court, they have sought a direction to restrain the centre from curbing their right to "receive and disseminate information" on the two-part BBC series called "India: The Modi Question"

Foreign countries including Brazil, India, Thailand, Russia, Mexico, as well as the European Union, have subsidised artificially cheap sugar on the global market at the expense of the American sugar industry.

Covid Live: The active cases have also declined to 1,763, according to the Union Health Ministry data.

Rahul Gandhi had launched a scathing attack on Prime Minister Narendra Modi in parliament a day ago, over his links with billionaire Gautam Adani.

The Enforcement Directorate and the CBI have claimed that irregularities were committed while modifying Delhi's excise policy with connivance and kickbacks from a lobby known as the "South Group".

Anurag Thakur further said that after August 2019, when the Article 370 was scrapped by the Central government, there were no such restrictions in the territory.

Microsoft hopes that beefing up Bing with ChatGPT will radically update online search by providing ready-made answers using multiple sources instead of the familiar list of links to outside websites.

Eight persons caught carrying copies of the question paper have been arrested, the police said.

Bike Aggregator Rapido Gets No Relief Over Licence Denial In Maharashtra

The Supreme Court noted that amendments made to the Motor Vehicles Act in 2019 make it clear that aggregators cannot operate without a valid licence.

The poem, recited at an event in Seoni's CM Rise School, accused the Mahatma of being "silent" during a "period of violence" -- an apparent reference to the Partition.

Indian Man, Who Is Walking To Saudi Arabia To Perform Haj, Enters Pakistan

Shihab, who hails from Kerala, embarked on a 3,000-km journey on foot in October last year from his home state.

"Will Make Them Toil...": Aaditya Thackeray To Eknath Shinde After Election Dare

Aaditya Thackeray was speaking in Nashikhours before a scheduled event of the chief minister in Worli in south Mumbai.

Over 2,500 Arrested In Assam Crackdown On Child Marriage

Assam child marriage crackdown: The police on Tuesday arrested 87 more people in the crackdown, which started on Friday

Three persons were booked for culpable homicide and one of them was arrested on Tuesday evening. The entire incident was captured on CCTV and police were trying to identify other accused with the help of footage, they said.

"Sympathy Not For Cops To Give": Himanta Sarma On Child Marriage Crackdown

"We will arrest at least 3,000-4,000 accused, and I think that will fulfil the objective of this demonstrative action," Assam Chief Minister Himanta Biswa Sarma said on the crackdown against child marriage

The West Bengal Assembly Speaker had convened the all-party meeting ahead of the budget session, which will begin on Wednesday with Governor C V Ananda Bose's address.