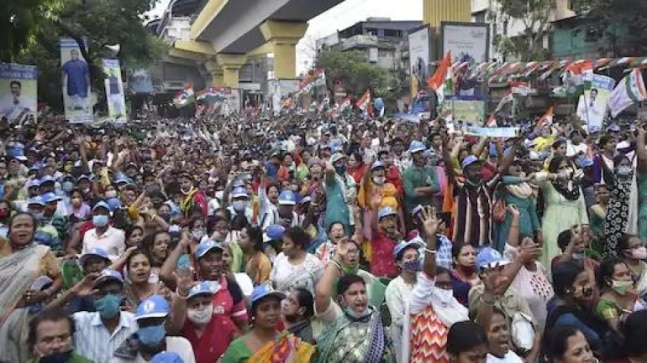 Election campaign for the fourth phase of polling ended at 5pm on Thursday in West Bengal.

Campaigning for the high-decibel fourth phase of polling, for 44 assembly seats scheduled in five districts of West Bengal on April 10, ended at 5pm on Thursday. A total 1,15,81,022 voters including 58,82,514 men, 56,98,218 women and 290 members of the third gender, will decide the fate of 373 candidates in Saturday's polling in constituencies spread over Howrah (Part II), South 24 Parganas (Part III), Hooghly (Part II) in south Bengal and in north Bengal's Alipurduar and Cooch Behar. The polling will be held between 7am to 6.30pm in 15,940 polling stations. At stake are nine assembly constituencies in Howrah, 11 in South 24 Parganas, five in Alipurduar, nine in Cooch Behar and ten in Hooghly.