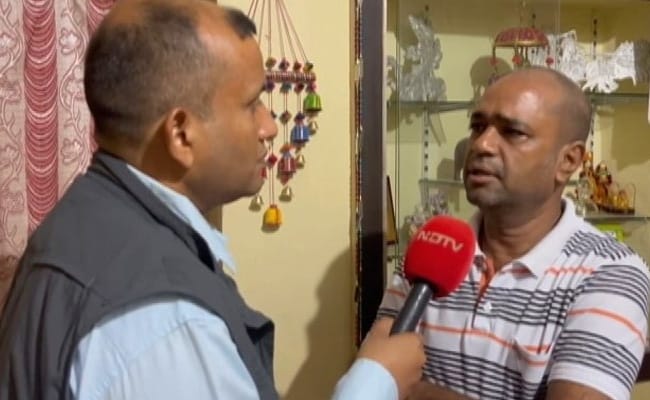 "Our father died last year, and now my elder brother is gone too. You can understand what we must be going through," Mahesh Kolhe told NDTV.

Mahesh Kolhe, younger brother of Amravati murder victim Umesh Kolhe, today said the family could never have thought he'd be murdered over something he'd say: "He was a very mild-mannered man. He did not even retort if someone picked a fight with him."

Umesh Kolhe, who ran a chemist shop in the Maharashtra town, was killed on June 21 allegedly over some WhatsApp messages in support of BJP ex-spokesperson Nupur Sharma, whose comments on Prophet Muhammad caused outrage in India and abroad.

"Our father died last year, and now bhaiya (my elder brother) is gone too. You can understand what we must be going through," Mahesh Kolhe told NDTV.

He said his brother never spoke about any message or argument. "We never knew of anything like that. He was not the kind to argue anyway, so we did not imagine something he could be murdered over a dispute or something like that."