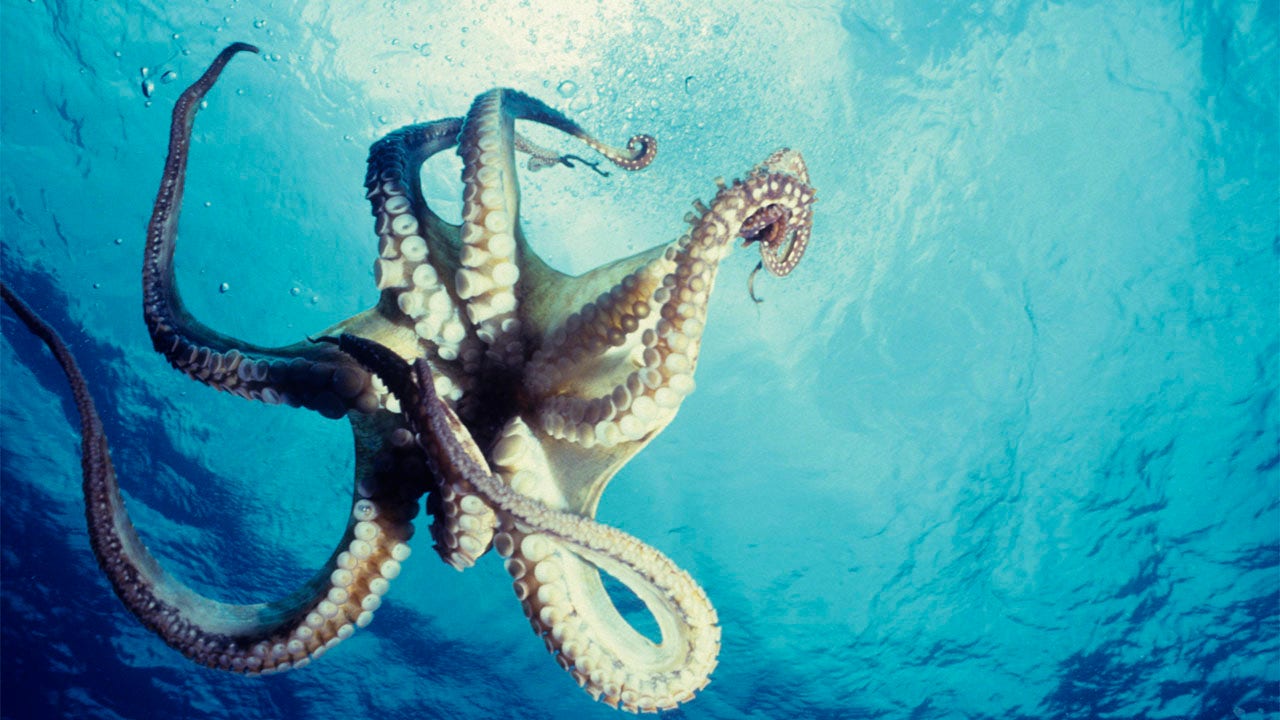 Matsunaga was bottom-fishing at 400 feet when he felt a tug on his line, the station reported.