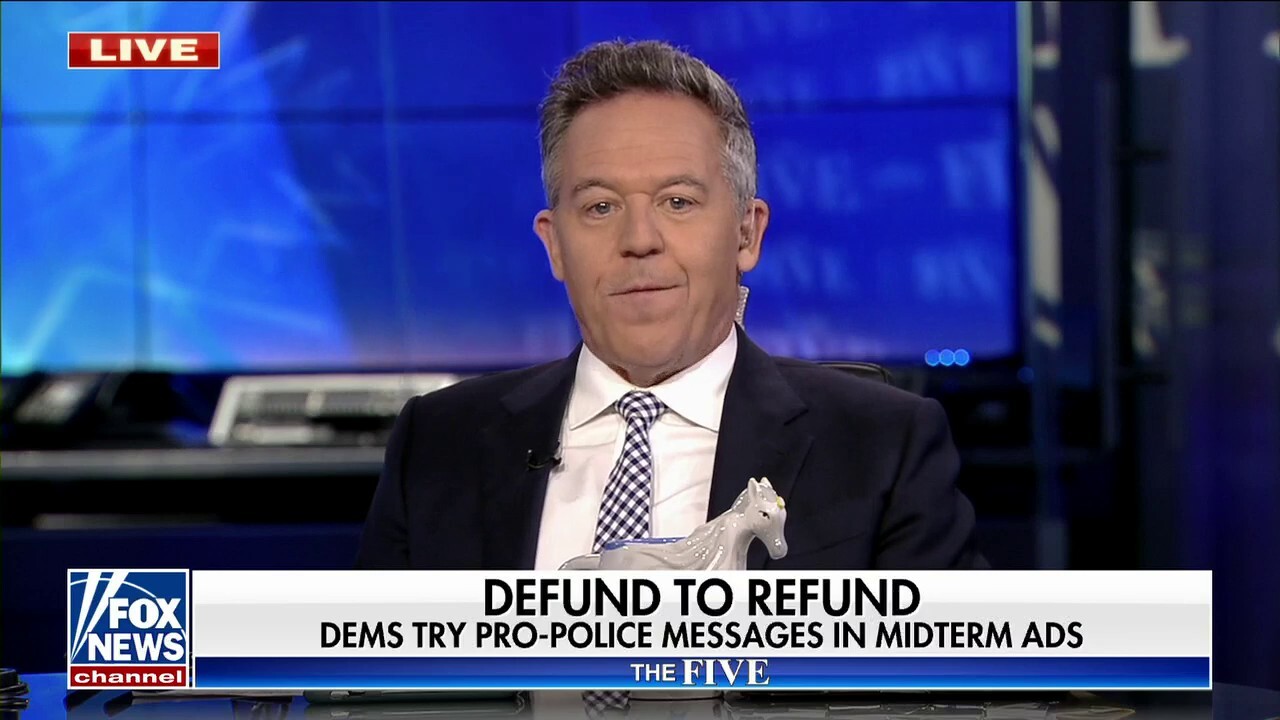 Fox News host Greg Gutfeld weighs in on Democratic candidates pushing pro-police messaging leading up to the midterms after previous support for "defund the police" movement on "The Five."

GREG GUTFELD: I'm talking about the Democrats finally being tough on crime, but sadly, they aren't doing it for humanitarian reasons, they're doing it for political reasons, and why does that matter? It matters because it could have been done sooner and thousands upon thousands of lives could have been saved if it was done sooner. And the reason it wasn't done sooner --- there wasn't a political need in their head that says, you know, we got to get this done. Yeah people are getting killed, but you know, they're those people, you know, it's just criminals killing criminals, it's not a big deal. It's really not that way. But it makes you wonder, if you want to get Democrats to care about crime victims, you almost have to have elections every month. You know what I mean?