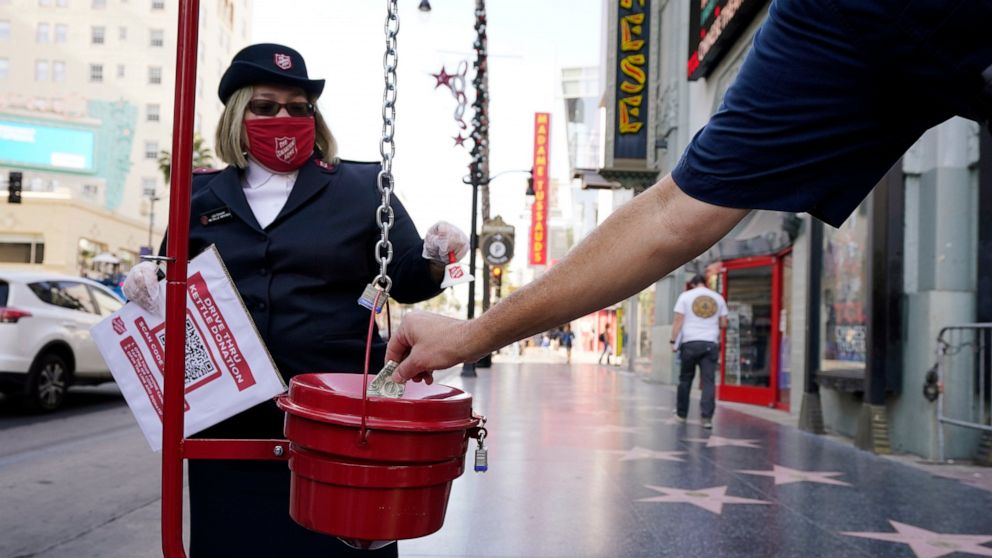 Black Friday and Cyber Monday may have seen slight declines this year, but GivingTuesday generated a new record for giving.

Donations on GivingTuesday, the annual campaign that encourages generosity on the Tuesday following Thanksgiving, rose by 9% this year, totaling $2.7 billion in the United States alone, according to organizers.

The donations top last year’s record, when American donors gave nearly $2.5 billion in the aftermath of the racial justice protests and amid growing needs brought on by the COVID-19 pandemic. Another $503 million was raised on GivingTuesdayNow, a special giving day held in May 2020 to raise funds for pandemic needs.

The GivingTuesday organization, which promotes the giving day, said 35 million U.S. adults participated this Tuesday through various forms of generosity — including volunteering, or donating goods — as the campaign marked its 10th year. Volunteering levels rose by 11% compared to last year, organizers said, while gifts of food and other items saw an 8% increase.

In global 5G race, European Union is told to step up pace

Richer, more heavily armed and openly confrontational, China has undergone history-making changes since the last time it hosted the Olympics, in 2008

US plans more wild horse roundups this year than ever before

The U.S. government plans to capture more wild horses on federal lands this year than ever before

With decreasing snowpack due to drought and climate change, the ski industry has invested millions of dollars in more efficient snowmaking systems

Michigan’s economic development board has approved $824 million in incentives and assistance for General Motors Co. to put electric vehicle and battery plants in its home state, adding as many as 4,000 jobs