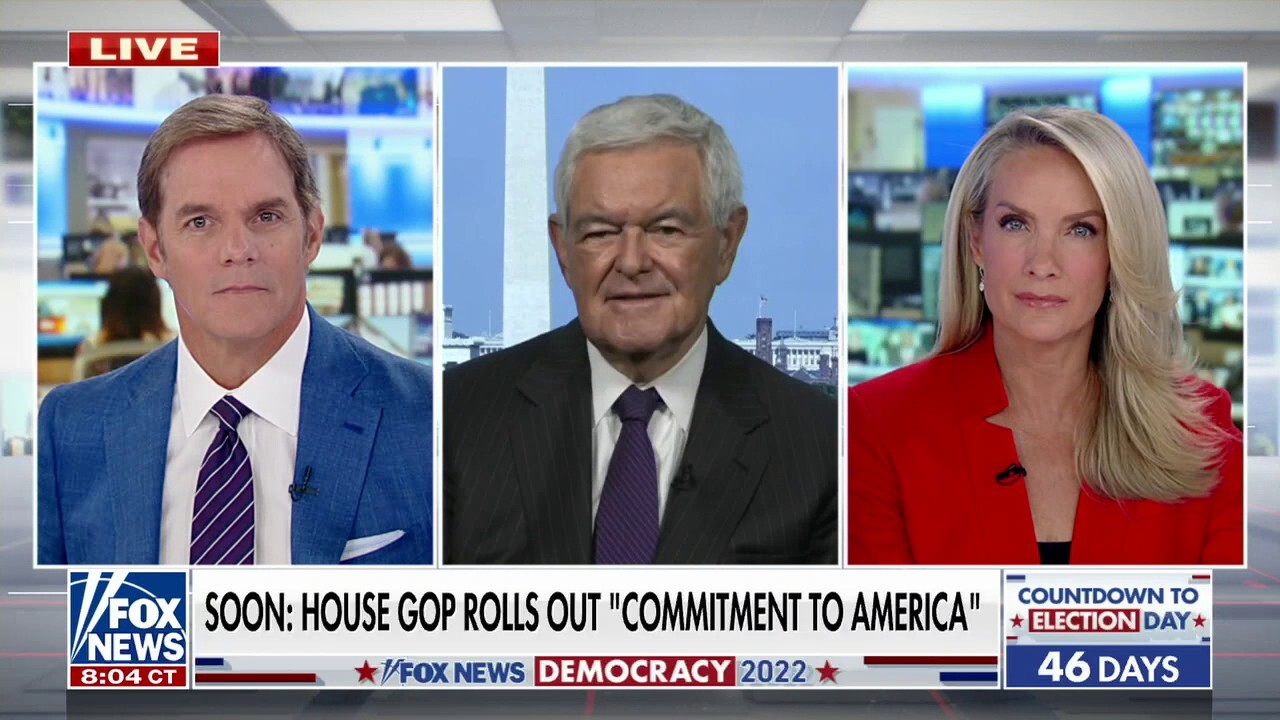 Former House Speaker Newt Gingrich said the Republican plan is a commitment for governing, not just campaigning ahead of the midterm elections in November.

NEWT GINGRICH: This is actually a bigger, more complete and more sophisticated effort. Kevin McCarthy over a year ago asked his members to form seven working groups. They have produced at their website, CommitmenttoAmerica.com, they have, I think, over 150 specific pledges. I think it's ironic that Nancy Pelosi would talk about it as extreme. If you think locking up criminals is extreme, if you think controlling the border is extreme, if you think energy independence is extreme, if you think stopping inflation is extreme, then you're probably a left-wing Democrat. But for most Americans, these commitments are going to be powerful. They're going to be real. I was with the Republican conference yesterday. Enormously wide commitment by the members. I really was very, very impressed with how many had understood this is a commitment for governing, not just for campaigning. And it's a huge, historic step in the right direction.