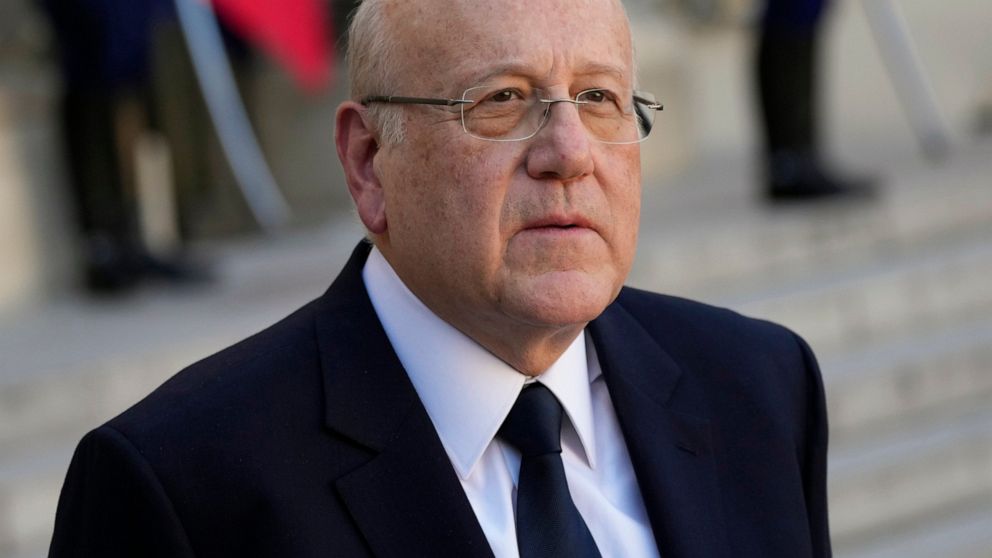 ROME -- Pope Francis told Lebanon’s prime minister on Thursday that he was praying that God would help Lebanon “get up” and get back on its feet following an unprecedented economic crisis that has thrown three quarters of the country’s 6 million people, including a million Syrian refugees, into poverty.

Prime Minister Najib Mikati met privately with Francis for about 20 minutes and gave him a tile from a 19th-century Beirut church that was seriously damaged in the August 2020 port explosion that killed 216 people and injured more than 6,000.

At the end of the audience, Francis invited Mikati and the Lebanese delegation to observe a minute of silence and prayer, the Vatican said.

Lebanon’s two-year economic meltdown, in which tens of thousands have lost their jobs and the pound has lost more than 90% of its value, is rooted in decades of corruption and mismanagement. The international community has said it will only help the small nation once it implements wide reforms and tackles widespread corruption.