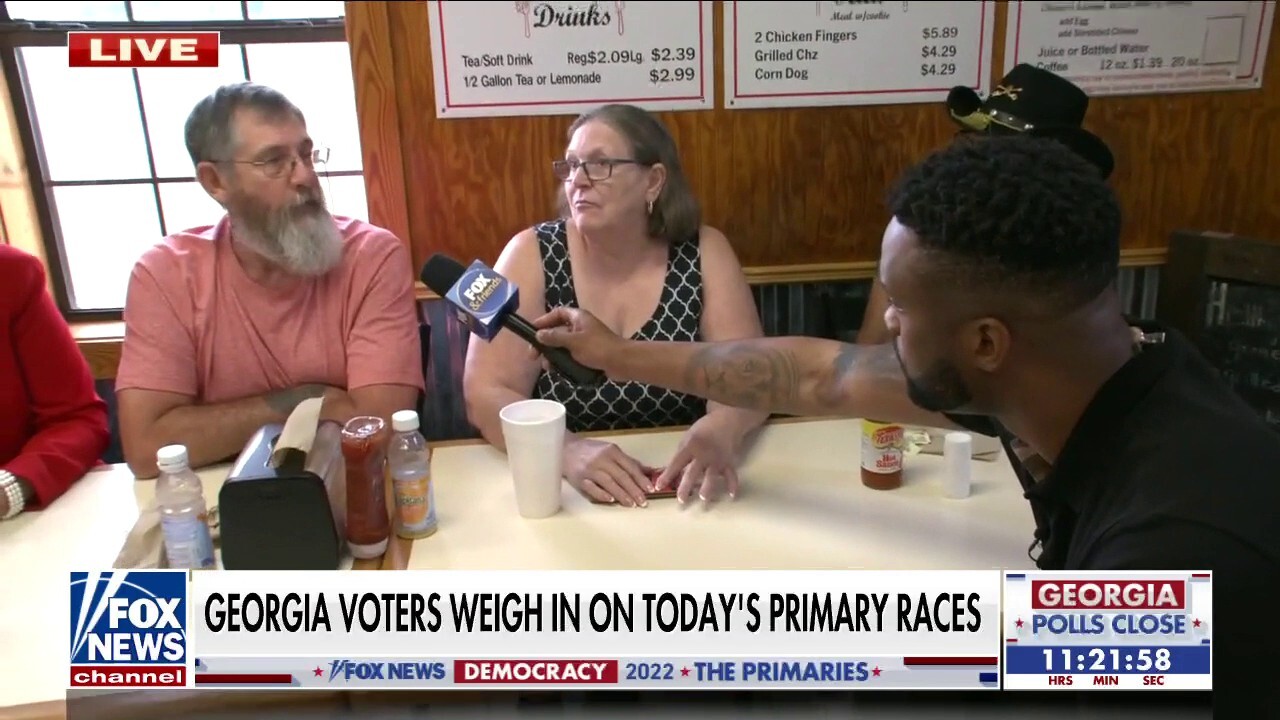 "Fox & Friends" enterprise reporter Lawrence Jones had "Breakfast with Friends" at Sally Mae's kitchen in Brooklet to chat with constituents on what issues matter to them as they cast their ballot.

Combating crime and beating Stacey Abrams in November were some of the most important issues to constituents, with one voter saying he would vote for Kemp because of what he saw as his competitive edge against Abrams.

Rep. James Comer is demanding information from Treasury Secretary Janet Yellen about Hunter Biden's foreign business dealings, which have been flagged by US banks as suspicious.