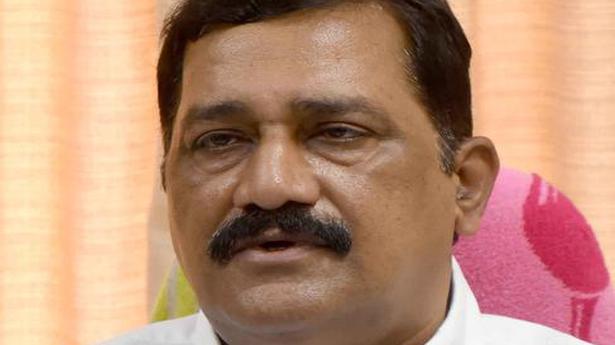 Former Minister and Visakhapatnam North MLA Ganta Srinivasa Rao, signed a letter addressed to the Assembly Speaker at a relay hunger strike, organised against privatisation of Visakhapatnam Steel Plant (VSP), being undertaken by ‘Visakha Ukku Parirakshana Porata Committee’ at Kurmannapalem in Visakhapatnam on Friday. Addressing the trade union leaders and others, who were participating in the relay hunger strike, Mr. Srinivasa Rao said that he had tendered the resignation in the ‘Speaker format’ in view of the criticism being made by some political leaders on his resignation. He said that he would now participate in all agitations for preventing privatisation of VSP.