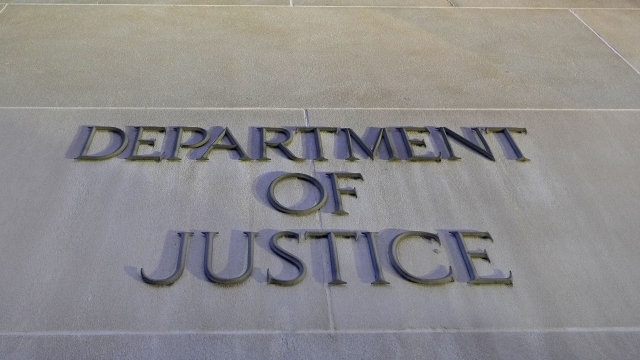 Leonard Glenn Francis pleaded guilty in 2015 to bribing military officials so his company could overcharge the U.S. Navy for servicing ships.

A Malaysian defense contractor nicknamed “Fat Leonard" who orchestrated one of the largest bribery scandals in U.S. military history has been arrested in Venezuela after fleeing before his sentencing, authorities said Wednesday.

The international manhunt for Leonard Glenn Francis ended with his arrest by Venezuelan authorities Tuesday morning at the Caracas airport as he was about to board an airplane for another country, the U.S. Marshals Service said.

More than 60% of power customers remained without energy on Thursday, and a third of customers were without water.

Bespoke Tailor Stitches Together A Legacy

Bespoke suit-making for men is a dying art form — thanks to fast fashion, most men don't wear such clothes to work anymore.

California workers won’t have to worry about being fired, or not hired, for off-the-clock marijuana use.

Leonard Glenn Francis pleaded guilty in 2015 to bribing military officials so his company could overcharge the U.S. Navy for servicing ships.

Car Thefts Are On The Rise

The ban replaced Indiana laws that prohibited abortions after the 20th week of pregnancy and restricted them after the 13th week.

The wife of Supreme Court Justice Clarence Thomas, conservative activist Virginia Thomas, has agreed to participate in a voluntary interview.

A Newsy investigation finds more Americans are going to the ER during a mental health crisis, and why they aren't getting the help they need.

The central bank raised its key short-term rate by a substantial three-quarters of a point for the third consecutive time.

Parents are sharing their tragedies in hopes of reducing suicide in Colorado. It's the No. 1 cause of death for kids and young adults in the state.

False claims about the 2020 presidential contest by former President Donald Trump and his supporters are spurring new interest in working the polls.

North Korea has dialed up its testing activities to a record pace in 2022, testing more than 30 ballistic weapons.

Jake Sullivan insisted Sunday that Moscow's threats are just the latest indication that Russia is struggling in its war.

A seven-man, five-woman jury will decide whether Nikolas Cruz is sentenced to death or life without parole.

The storm is expected to develop into a major hurricane in the coming days.

Georgia's secretary of state said an investigation into the unauthorized access to the equipment by former Coffee County election officials continues.

'We Got Our Miracle': Freed Americans Back Home In Alabama

Alex Drueke, and Andy Huynh had gone missing June 9 in northeastern Ukraine near the Russian border.

This marks the third delay in the past month for the lunar-orbiting test flight, which will feature mannequins but no astronauts.

The ruling means the state's abortion clinics will have to shut down and anyone seeking an abortion will have to go out of state.

Despite the finding, the death of Elijah McClain, a 23-year-old massage therapist, was still listed as undetermined, not a homicide.

Election '22: What Matters: The Fight Over Legal Abortion

Today: a nationwide look at how the fight over legal abortion is impacting the midterms.

Los Angeles public schools will stock campuses with the overdose reversal drug naloxone in the aftermath of a student’s death.

Some Americans who got the new shots said they are excited about the idea of targeting the vaccine to the variants circulating now.