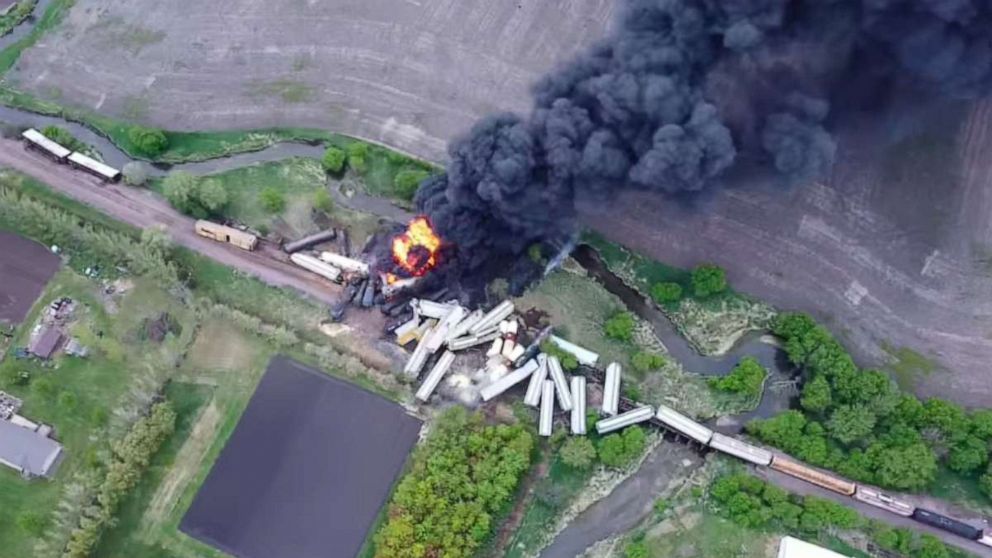 A freight train hauling fertilizer derailed and caught fire in Iowa sending smoke into the sky.

A freight train hauling fertilizer derailed and caught fire in Iowa Sunday afternoon sending plumes of smoke into the air. The incident took place around 2 p.m. CT near Sibley, Iowa, according to Glenn Anderson, the Sibley city administrator. Anderson told ABC News that there were no immediate reports of injuries or deaths but nearby residents were evacuated as crews scrambled to put out the flames. Anderson said it appears the train's fuel caught fire during the derailment.