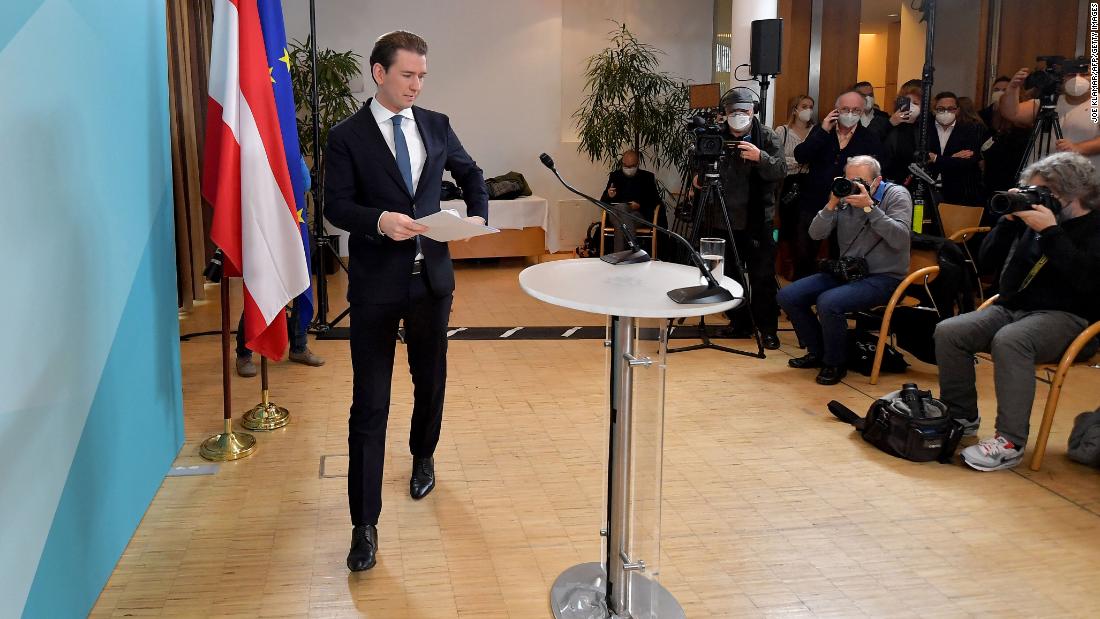 Austria's Chancellor Sebastian Kurz said in a televised speech he was stepping down from his office Saturday evening following corruption allegations.

The 35-year-old said in a televised statement on Thursday that he would resign as leader of the center-right Austrian People's Party (ÖVP). He stepped down as chancellor in October, and was replaced by Alexander Schallenberg.

"Of course I have also made mistakes," Kurz said of his 10-year political career. "I look forward to the day when I can prove in court that the allegations against me are false."