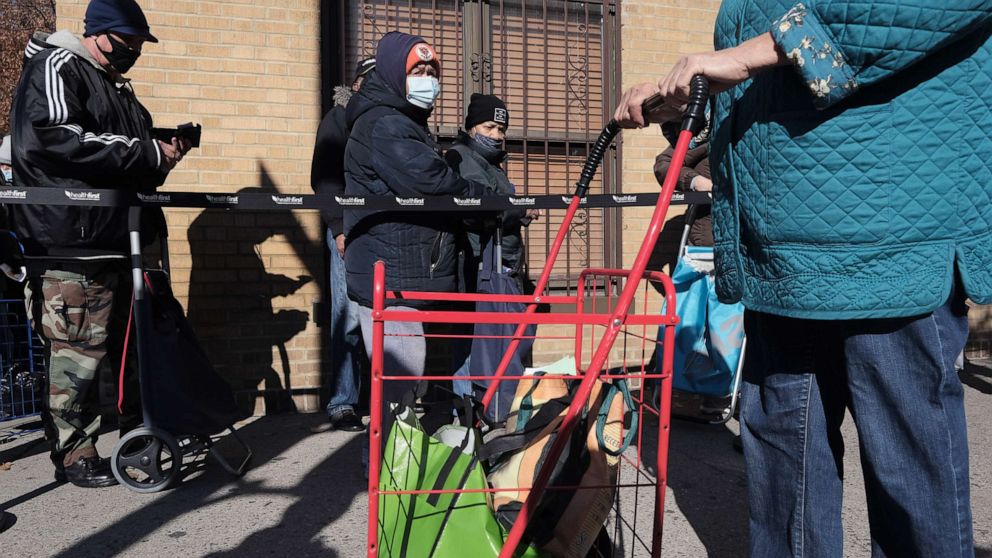 The United States Department of Agriculture found that food insecurity has held steady from 2019 to 2020.

As families gather across the country to celebrate Thanksgiving and give thanks, many are struggling to fill their kitchens with fresh food and groceries.

The U.S. has made virtually no progress toward solving this issue of food insecurity in the last two years, according to United States Department of Agriculture data. More than 10% of U.S. households (13.8 million) were food insecure at some time during 2020, unchanged from 2019, the government said.

This problem has particularly hit Black and brown communities hard.

During the pandemic, residents in Harlem, New York, leaned on local organizations like New York City's The Brotherhood Sister Sol for resources, guidance and food. The group has taken matters of food insecurity into its own hands with a weekly grocery distribution that feeds more than 500 families in the neighborhood.

Michigan school shooting: What we know about the victims

Three students ages 14 to 17 were killed in a school shooting in Michigan on Tuesday. Here is what we know about the lives lost.

Parties prep for earthquake over future of abortion rights: The Note

Wednesday’s Supreme Court arguments over Mississippi’s near-total abortion ban marks the culmination of decades’ worth of efforts to get Roe v. Wade overturned.

The first video of an FBI interrogation of an alleged Capitol rioter has been released.

Made in America: Companies show ABC's David Muir how they are giving back during the holidays

On this Giving Tuesday, these American-made items are the gifts that keep on giving.

The suspected shooter, a 15-year-old student, was taken into custody.

Defense attorneys for Ghislaine Maxwell fired back at one of her key accusers during the third day of her trial on Wednesday.

Two women were among more than a thousand people who descended upon the nation's high court on Wednesday as it heard a historic abortion case.

Amid spread of omicron variant, CDC expected to require negative COVID-19 test 1 day before flying to US

Unvaccinated travelers from other countries still cannot enter the U.S., while the updated recommendation will narrow the testing window for vaccinated people.

The wife of famed music executive Clarence Avant has been murdered during an apparent home invasion in Beverly Hills.

The teenager who allegedly gunned down three classmates and injured eight others took his father's gun to his Michigan high school.

The U.S. Supreme Court on Wednesday is hearing a historic case on abortion rights that could involve overturning its 1973 Roe v. Wade decision.