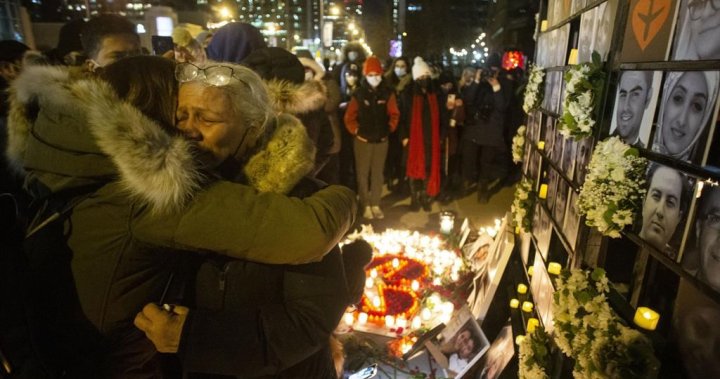 Trudeau said the Canadian government is "taking concrete action to ensure Iran is held accountable for its egregious and unlawful downing of Flight PS752."

Prime Minister Justin Trudeau will join Canadians today in honouring the people who died in air disasters and “mourn alongside those they left behind,” on the National Day of Remembrance for Victims of Air Disasters.

The National Day of Remembrance for Victims of Air Disasters is a day to commemorate victims who died on Jan. 8, 2020 after the Iranian military shot down Flight PS752, which killed 176 people including 55 Canadian citizens and 30 permanent residents.

The Ukraine International Airlines jetliner was bound for Canada via Ukraine and shot down shortly after its takeoff from Tehran in January 2020.

Trudeau said the Canadian government along with its international partners is “taking concrete action to ensure Iran is held accountable for its egregious and unlawful downing of Flight PS752″.

“We continue to support the families and loved ones of the victims of tragic air disasters,” Trudeau said, adding that the government launched a pathway to permanent residence for family members of victims of Flight ET302 and Flight PS752 in the summer of 2022 in an effort to help them reunite with surviving family members in Canada.

“As we honour the victims of air disasters, we stand with families, friends, and all those who have lost loved ones to these tragedies. We will always remember them,” Trudeau said.

Families of victims will partake in rallies from Vancouver to St. John’s to mark the third anniversary of the downed flight.