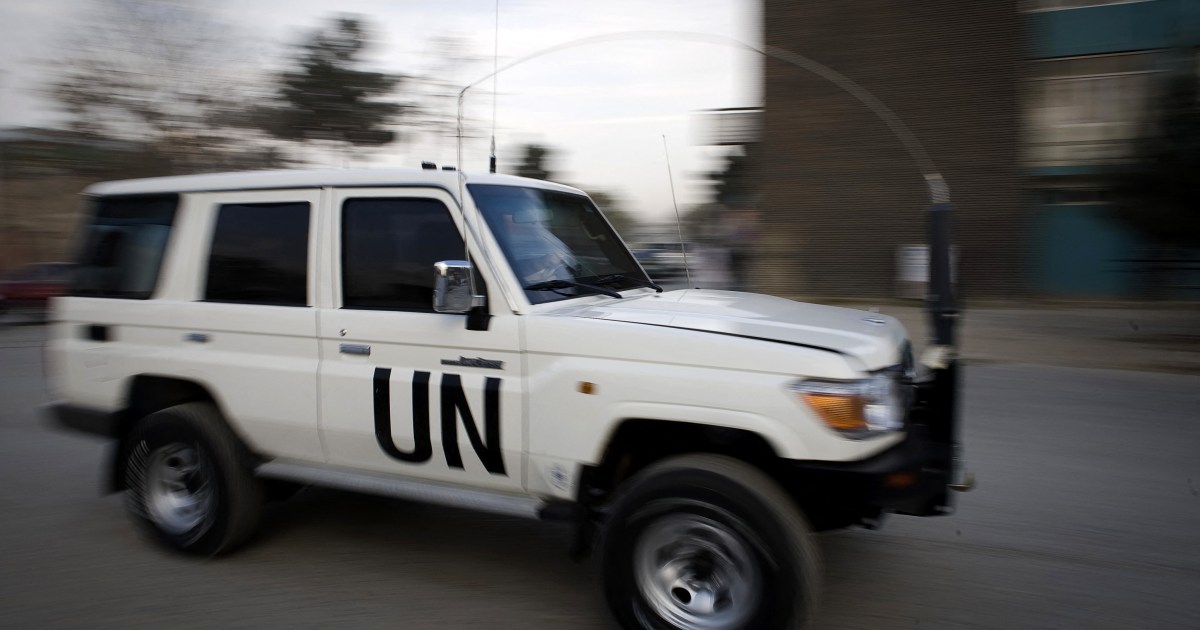 Unidentified gunmen attack a UN convoy on the outskirts of Kabul, killing five members of the Afghan security forces.

A United Nations convoy has been attacked on the outskirts of Afghanistan’s capital Kabul, with unidentified gunmen killing five Afghan security force members who were escorting the international agency’s vehicles. An Afghan interior ministry official said the Taliban was believed to be behind the attack in the Surobi district of the province about 60km (37 miles) east of Kabul, but the armed group denied involvement. The UN convoy came under fire in the Tang-e Habreshim area, killing a driver whose vehicle then veered off the road into a river, leaving four other occupants dead as well, said another official who was not authorised to speak with media.